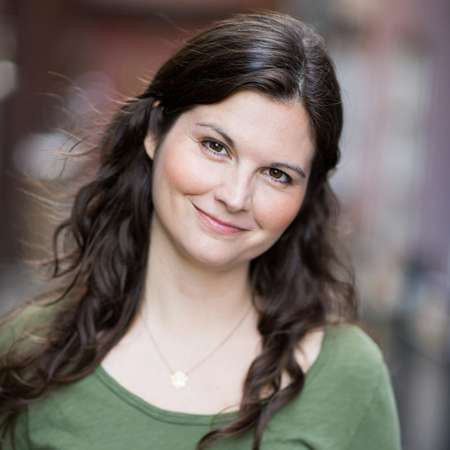 Former child actress, Lisa Jakub is known best for her role as Lydia Hillard in Mrs. Doubtfire and as Alicia Ca s se in Independence Day. She has also appeared in several other films and television roles as a child but isn’t currently acting. She was born on 27th December 1978 in Toronto, Ontario, Canada, and was introduced to acting at a very small age. Her nationality is Canadian, American and she is also a writer.

Lisa, of Slovak, Scottish, and Welsh descent. She debuted onscreen in the 1985 film Eleni at the mere age of 7. She then went on to act as Doll in Rambling Rose, as Sandra in Matinee, as Lydia in Mrs. Doubtfire, and as Tiffany in A Pig’s Tale. She has also acted in Independence Day, the Beautician and the Beast, Painted angels, A Walk on the Moon, George Lucas in Love, and Double Frame.

Lisa has also portrayed many television roles as a child and as a teenager. She portrayed the role of Katie on the television film The Right, Friday the 13th: The Series, Once Upon a Giant, Alfred Hitchc* * k Presents, Emergency Room, The Twilight Zone, Glory!Glory!, The Phone Call, War of the Worlds, Night court, The Rape of Doctor Willis, The Story Lady, Bride of Violence 2, A Child's Cry for Help, Due South, Fight for Justice: The Nancy Conn Story, Picture Perfect, Bermuda Triangle, Reckoning, Newton: A Tale of Two Issacs, On the Edge of Innocence, Dream House, Mentors, Jack and Jill and The Royal Diaries: Isabel- Jewel of Castilla. When she was active in her acting career, she shared the screen with several renowned stars like Sally Field, Harvey Fierstein, Pierce Brosnan, Louise Robey, and Chris Wiggins among others.

She retired from acting in 2001 at the age of 22. She is also an author. Her book was released on 30th June 2015 and was entitled You Look Like That Girl.

After a long successful career as a child as well as a teenage actress, Lisa retired from acting in 2001. She was aged 22 when she retired and she clearly stated that she wouldn’t be returning to acting. As a child actor, she said that she experienced troubles and hence has no plans to return to acting. She was supposedly expelled from school when she obtained the role of Lydia in the movie Mrs. Doubtfire. She moved to Virginia with her longtime boyfriend Jeremy Jones.

They got married and still live in Virginia. Lisa’s spouse Jeremy Jones is a former Hollywood theater manager. The couple who started dating in early 2000, got married in 2005 and since then, the couple is living a happy married life. According to the source, the lovebirds exchanged their vows in Italy. Other details about her dating history and her dating list before her marriage with Jeremy have not been found on the internet. The couple seems to be getting along pretty well with their lives. They must have children but details about their children are not known. As far as the news is concerned, they are not going through any marital problems and will probably not be moving towards divorce.

Lisa has a height of 5 feet and 8 inches and a net worth of 300 thousand dollars. Her salary is unknown.