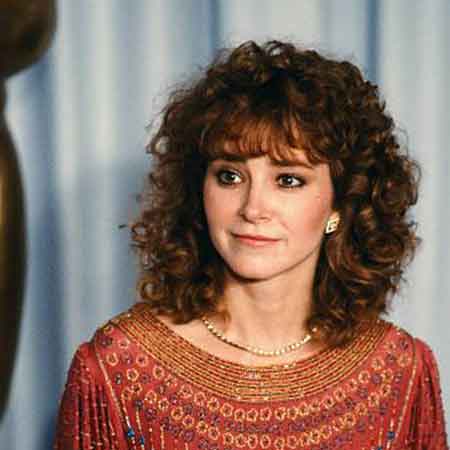 Lisa Eilbacher is a Saudi-born American actress. She started her career as a child actor, appearing in shows like My Three Sons and Gunsmoke in the 1970s. She is mostly known for her roles in 1980s movies, Beverly Hills Cop as Jeannette 'Jenny' Summers and An Officer and a Gentleman as Casey Seeger. Lisa is equally popular on the small screen. Her most notable series are American detective comedy/drama series, Me and Mom (1985), and  Midnight Caller (1990-1991). She retired from the acting world in 2002. Besides a successful professional life, Eilbacher is also leading a successful personal life. She has been married to Primetime Emmy Award winner, Bradford May since 1988.

Lisa Eilbacher was born Lisa Marie Eilbacher on 5 May 1956, in Dhahran, Saudi Arabia, under the birth sign Taurus. She is the daughter of an American oil company executive.

She grew up along with her two siblings Cindy Eilbacher and Bobby Eilbacher in France, who are also actors. At the age of seven, she moved to Beverly Hills, California with her family.

Eilbacher was spotted by a talent agent for the first time while walking out with her mother.  When she was asked to try her luck in the acting world, she agreed and her family also supported her.

Lisa Eilbacher made her acting debut in an American sitcom,  My Three Sons (1969). She then appeared in a guest role in television series and movies such as Alias Smith and Jones, The Brady Bunch,  Bonanza, and Gunsmoke.

Eilbacher got her first big break, appearing in  1977 television mystery series, The Hardy Boys/Nancy Drew Mysteries as Callie Shaw. The same year, she was featured in the hit TV film The Amazing Spider-Man.

Eilbacher became widely known for her role in the 1982 American romantic drama film,  An Officer and a Gentleman (1982), and American action comedy film, Beverly Hills Cop (1984).

In 1985, she played the main role Kate Morgan in the American detective comedy/drama series Me and Mom. She then made her appearances in the number of television series, The Twilight Zone, Midnight Caller, Manhunt: Search for the Night Stalker, The Hardy Boys/Nancy Drew Mysteries whereas her movies credit Never Say Die, Live Wire and others. Her last acting role was in the 2000 TV film 919 Fifth Avenue.

The exact amount of Lisa Eilbacher's net worth is yet to be revealed, however, considering her career, we can a s sume that she has a net worth of around $1 million.

The actress has played a number of major roles in both movies and TV series. In the year 1984, the actress was a cast in the movie Beverly Hills Cop which became the quite hit at the box office grossing over $316 million worldwide.

Lisa Eilbacher has been in a marital relationship with Bradford May for a long time. Her husband is a famous American film director and cinematographer.  He is known for NCIS (2003), Lady Against the Odds (1992), Don Felipe (2003).

After dating a few years, the couple married on 27 August 1988 in an intimate ceremony. They don't have any children till now.  As of 2018, the pair are together for more than three decades and still share the same love an affection-still together and going strong.