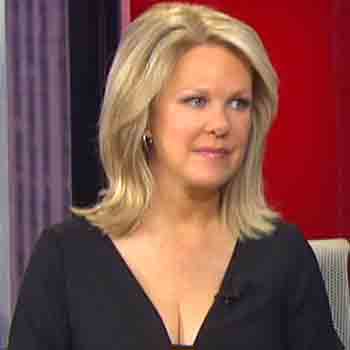 Lis Wiehl is a well-known face in the American Television industry and is also a former a s sociate professor of the University of Washington Law school. She previously worked as a legal analyst for Fox News. She is currently the adjunct professor of law at New York Law School.

Besides, a renowned media personality she has also appeared in a number of rated TV shows like  The O’Reilly Factor, Your World with Neil Cavuto, The Kelly File with Megyn Kelly, and Lou Dobbs Tonight.

Lis Wiehl was born on November 28, 1961, in Washington DC, USA. She is the daughter of Dick Wiehl who worked as an FBI agent and a Danish mother. Therefore she brought in a family where crimes and investigations are part of her life. She has also a brother named Christopher Wiehl.

Wiehl did her schooling at the West Valley High School in Yakima. Following her schooling, she attended Barnard College and accomplished her bachelor's degree in the year 1983.

Later on from the University of Queensland in 1985, she received her Masters which she did in Arts and Literature. She also did her Juris Doctor in 1987 from Harvard Law School. She is a highly educated person.

Wiehl belongs to American nationality and regarding her ethnicity, she is White American.

From the beginning, Lis Wiehl had a clear vision of what to become in the coming future. She started working as a prosecutor in the United States Attorney's office. She later became a legal correspondent for NPR's All Things Considered.

Wiehl was also a litigation a s sociate for the law firm of Perkins Cole. She has also experience working as a federal prosecutor in United States Attorney’s office where she served for five long years.

Wiehl likewise worked as the principal deputy chief minority investigative counselor for the Democrats on the House Judiciary Committee during Clinton’s impeachment. In 2000, she worked for NBC as a legal analyst for two months.

Then, she joined CBS as a legal analyst. She landed her job as a tenured law professor at the University of Washington School of Law in Seattle where she worked for more than six-year from 1995-2001 and ran the Trial Advocacy Program.

In the year 2001, Wiehl started working for Fox News as a legal analyst and served for the channel until 2017. During her 16 years contract with Fox News, she appeared weekly on The O’Reilly Factor, Your World with Neil Cavuto, The Kelly File with Megyn Kelly, and Lou Dobbs Tonight.

Prior to her journalism career, Wiehl has also authored a number of well-known books like The Newsmakers, Face of Betrayal, and Eyes of Justice as well.

She is an anchor for the Law & Crime Network (a multi-media live trail network). She is the adjunct professor of Law at New York.

Behind the scenes of my @LawandCrime podcast last week interviewing Steven Avery's attorney immediately after the Supreme Court's decision not to hear Brendan Da s sey's case...with me is @AKellerLawCrime pic.twitter.com/xS1C7HO8tY

She is also the host of the podcast Pursuit of Justice with Lis Wiehl. She also appears in the media as a legal expert and commentator for organizations including CNN, CBS, NBC, and NPR among others.

She also serves as a guest and visits lectures at several colleges and Universities. Wiehl also attends conferences and literary festivals.

She is a published author. She has released numerous books in several categories including fiction, non-fiction,  to date. In 2005, she released her first book, Winning Every Time: How to Use the Skills of a Lawyer in the Trials of Your Life.

Lis Wiehl's Net Worth And Salary

Lis Wiehl has earned a decent amount of net worth from her prestigious career. But the actual amount of her net worth is still under review which as per some online sources is believed to be more than $1 million.

For nearly one and a half-decade, Wiehl worked for Fox News where her annual salary was more than $90,500.  She also received a $32 million settlement from the veteran journalist Bill O'Reilly. She was accused Bill of sexually hara s sed in early 20107.

Moving on to her personal life and affairs, Lis Wiehl is a married woman. On 23 June 2006, she was married to her longtime boyfriend Mickey Sherman in an intimate ceremony with the presence of her family and Like her, her husband is also a legal analyst but he is a criminal defense attorney.

But due to some differences between themselves, they divorced in the year 2012. It is so unfair to have separation despite a love for each other and sharing the same profession. The couple has also two children a daughter named Danielle London and a son Jacob London. She is currently is not dating anyone officially.