Lindsey Morgan is multiple times award-winning actress who is famous for her portrayal of mechanical engineer Raven Reyes on The CW sci-fi drama series, The 100. Her big break playing Kristina Corinthos Davis on General Hospital from May 25, 2012, to March 4, 2013, earned her a Daytime Emmy Award nomination for Outstanding Younger Actress in a Drama Series.

Lindsey Marie Morgan was born on February 27, 1990, in Georgia, US, under the birth sign Pisces. The 32 years old was raised by her parents, George Morgan and Alice Burciaga.

Besides, she was raised in Houston, Texas, along with her family. The 100 actress holds an American nationality and belongs to the mixed ethnic background of Irish-Mexican.

Talking about her educational background, she started her career in college at the University of Texas. Later, Morgan left for Los Angeles to chase her acting dream, for which she was crazy from her childhood. During her first year of college, she was involved in booking commercials and print ads.

Short Details On Her Career: Movies and TV Shows

Morgan made her movie debut in 2011 in the movie Detention where she starred as the reel character Alexis. She also made her television show debut on B-Sides.

The same year she was also featured in Supah Ninjas and A Thin Line. The following year, Morgan was featured in the famous television series How I Met Your Mother and Happy Endings.

In 2012, Morgan was featured as Kristina Davis in the American daytime television medical drama General Hospital from which she gained immense popularity and got recognized by many people. 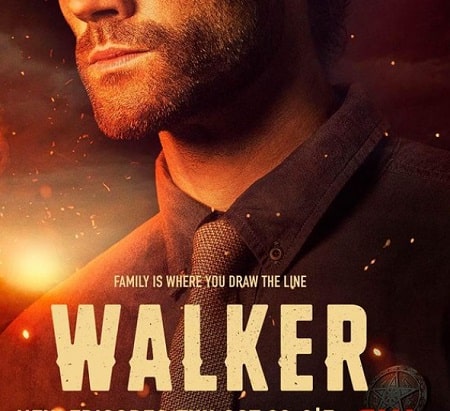 Morgan has also been nominated for many awards, including Daytime Emmy Award for her role in the series. Furthermore, we can also see her remarkable role in Franklin & Bash (2013), especially her marvelous performance in the hit TV series The 100 earned her huge popularity. In the series, she was cast along with Eliza Taylor, Thomas McDonell, Eli Goree, and Bob Morley.

Not only that, but we can see her appearance in Detention (2011), Chastity Bites (2013), and ETXR. She has also appeared in short films Facebook Stalking (2013) and 5 Stages (2015). In addition to that, the stunning actress had a lead role in a 2016 independent thriller La s so, alongside Andrew Jacobs, Sean Patrick Flanery, and Karen Gra s sle, among others.

Some of her recent works can be seen in Walker and Skylines. Apart from acting, she also has one credit as a director, and her directing work is available in The 100.

How Rich Is Lindsey Morgan? Net Worth and Earnings Sources

The Daytime Emmy-nominated actress has earned a lot of success from her appearances in many hit films and television shows. According to Celebrity Net Worth, the Walker actress is estimated to have a net worth of around $3 million in 2022.

Not to mention, an actress in the United States earns around $58901, which may fall between $48501 and $71901. So, she must be making above the average wage as Morgan has been active in the showbiz line for a long time.

Besides, the actress also made her breakthrough performance in the movie Detention in 2011. The movie also became a hit at the box office, grossing over $10 million, from where she earned a hefty amount of paycheque.

Some of the big-budget movies played by Morgan are Summertime, La s so, Beyond, 5 Stages, Chastity Bites, The Night Shift, The 100, Shark Bites, The Flip Side, Franklin & Bash, and General Hospital. In the same way, Morgan has worked as a director and a director in the United States and has an average salary of $73166 per year. So, being a director, Morgan might earn in the same range.

The Festival Award-winning actress has a mega fan following on her Instagram account, with over 2.2 million followers as of 2022. It also plays one of the primary roles to boost her wealth as she earns between $4,485 to $7,475 from a single sponsored post.

Relationship Status: Shaun Is Her Partner or Husband?

Coming into her personal life, the actress leads a happy life with her partner named, Shaun Sipos. The celebrity duo has been dating each other for a long time now. And Morgan announced her engagement with Sipos on December 29, 2020, via an Instagram post. The couple has not conveyed anything regarding their wedding yet. Apart from that, Morgan's future husband, Sipos, is also a famous Canadian actor who has had an active presence in the industry since 2001. He is widely noted for his appearance in the movies such as Complete Savages, Krypton, and Melrose Place.

Her IG account has already been verified, from where she makes regular posts regarding her current lifestyle. In addition, we can find her fiancee, Sipos, on Instagram as @shaun_sipos, where he has gained over 35k followers.

Lindsey Morgan is a lovely lady with a perfect body shape, measuring 34-25-35 inches. Her height is an average of 5 feet and 5 inches which is about 1.65 m. She has long brown hair and brown eyes with a cute smile. She weighs 54 kilograms.