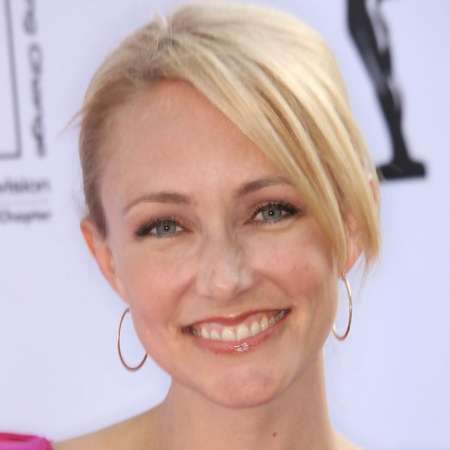 Emmy-winning journalist, Lindsay Rhodes is an American sportscaster, journalist, and television personality. She started her journalism career in 1998. As of 2019,  she is working as a host and reporter for the NFL Network. When it comes to her personal life, she is married to her boyfriend with whom she shares two children too.

Lindsay Rhodes was born  Lindsay Soto on December 31, 1976, in El Toro, California, the United States under the birth sign Capricorn.  According to one of her posts on Instagram, she celebrates her birthday at her workplace on 26th February.

Her father worked at an insurance company as an agent whereas her mother was a homemaker. Her parents got a divorce after a few months after the birth of Lindsay. She is the youngest daughter of her parents.

Rhodes attended the Toro High School, located within Lake Forest of California. She earned a Broadcast Journalism degree from the University of Southern California. She presented herself as a sports editor when she was reading at her high school level. While she was in college, she interned at the USC Athletic Department and at Fox Sports Net.

Lindsay Rhodes started her journalism career in 1998, she first worked at an ABC affiliate KVEW-TV in Yakima, Washington. She prepared weekend sports and weekday news reporting when she was there. Later she moved to KKFX, a Fox affiliate TV in Santa Barbara where she worked as a weekday sports anchor.

She started working across the local channels and later stepped the full-time working within FSN West in January of 2003. While working at FSN West, she was involved in FSN's high school sports coverage.

During her tenure with FSN, she was considered one of the most visible reporters and anchors. She used to work as a sideline reporter for USC/UCLA football and FSN West/FSN Prime show.

Let's do this, Insta!

Lindsay Rhodes' Net Worth And Salary

Linsay Rhodes has an estimated net worth of not less than $1 million, but, the amount is still under review. Moreover, her net worth is $1.2 million lesser in comparison to a fellow journalist, Chris McKendry. The media personality mainly makes money from her journalism career.

Similarly, she earns a good amount of salary as a reporter, as the experienced reporters in the U.S. are paid around $200K annually. With such earning, she is maintaining her lavish lifestyle.

Lindsay Rhodes is a married woman. She tied the knot to her longtime boyfriend, Matt Rhodes in a private ceremony on 19th February 2012. The couple began dating in 2011 and dated almost a year before getting married.

Her husband's profession is unrevealed yet.

On 20th February 2012, she officially changed her name to Lindsay Rhodes which she revealed via Twitter:

Marriage. It's a name changer.

Rhodes used to work even during her pregnancy which proves that she is very hardworking and ambitious. The husband and wife couple shares two children, Jacksie Rhodes, and Clayton Lee Rhodes.

They welcomed their first son in Jacksie Rhodes in 2014 and their second son Clayton Lee Rohdes was born in 2017. Lindsay and her husband Rhodes have been sharing a loving relationship for the past many years and still seem more supportive and devoted to each other.

She is active on Instagram where she has over 25.8k+ followers and on Twitter has 79.4+ followers as of 2019. She also often shares beautiful pictures about her two kids and doting husband on her social media.