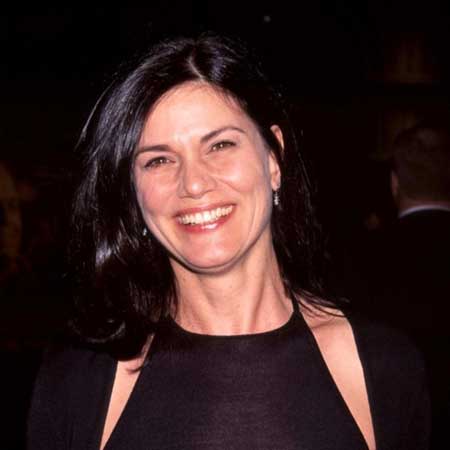 Linda Fiorentino was born on 9 March 1958, in Philadelphia, Pennsylvania, United States, under the birth sign Pisces. She belongs to white ethnicity and holds an American nationality.

Her mother's name is Clorinda Fiorentino while the name of her father is now available. She was raised along with her sisters, Terrie Fiorentino Christie, Rose Fiorentino, and Catherine Fiorentino in South Philadelphia. She later went to the Turnersville section of Washington Township, Gloucester County, New Jersey.

Fiorentino attended the Washington Township High School in Sewell, New Jersey, and completed her graduation in the year 1976.  And following his schooling, she obtained a bachelor's degree in political science from Rosemont College in suburban Philadelphia. At that time, she started performing in theatrical plays.

Fiorentino also studied photography at the International Center of Photography in New York City since 1987.

The career of the 'Vision Quest' Actress

Linda Fiorentino began her professional acting career in 1985 starring in the American age drama film, Vision Quest. The same year, she appeared in the comedy-action movie, Gotcha! as Sasha Banicek / Cheryl Brewster, CIA Agent which was filmed in the United States, Paris, and on both sides of the Berlin Wall.

It was not until 1994 that Fiorentino became widely recognized, bearing accolades for her appearance in a modern film noir, The Last Seduction, as the murderous femme fatale, Bridget.

In 1995, he made a breakthrough role as Trina Gavin in the drama thriller film, Jade, alongside David Caruso and Chazz Palminteri.

Though The Last Seduction first aired on HBO television, Fiorentino was ineligible for an Academy Award nomination for Best Actress, despite glowing reviews.

Fiorentino co-starred with American actor, film director as well as producer Paul Newman in the 2000 heist film Where the Money Is.  She also played a woman threatened by a sniper in the 2002 film Liberty Stands Still opposite Wesley Snipes.

In the year 2007, Fiorentino also developed two doc u mentaries called Equal Protection and a daytime talk show about parenting, titled The Motherhood. In the year 2009, she went on to land a role in the American independent comedy movie Once More with Feeling. It was also her last on-screen appearance.

Linda has been away from the mainstream for the past many years. She currently owns her own production company, Mandate Management.

The actress has also played a number of iconic roles in several movies. In 1997, he was a cast in the action-comedy film Men in Back and the movie became the instant hit at the box office grossing over $589.3 million worldwide against a $90 million budget. It was also the year's third highest-grossing film.

Moreover, She currently owns her own production company, "Mandate Management", and has recently been attached to star and co-produce a film based on the life of Russian poet, 'Anna Akhmatova', which will likely begin filming in Spring of 2007.

Linda Fiorentino is currently 62 years old, as of 2020. She is currently single but was previously married to John Byrum, an American film director, and writer known for the Razor's Edge, Heartbeat, Duet's, and Inserts.

She and her husband Byrum married in 1992, and after being for one year together, they divorced in 1993. The reason for their divorce wasn't made public.

Fiorentino was reported to be dating Jayson William, an American Departed Basketball player, circa 200 but the relationship didn't make it happily to the 21st century.

In 2006, Fiorentino was in a relationship with a former FBI agent Mark Rossini. When the pair met, Rossini was still an FBI agent.

The scandal led Rossini to lose his job where their relationship was also get affected due to the scandal and they broke up shortly after. The actress is probably single as of now. She is currently involved in a number of charitable organizations.

Linda currently resides in Westport, Connecticut as well as in NYC.