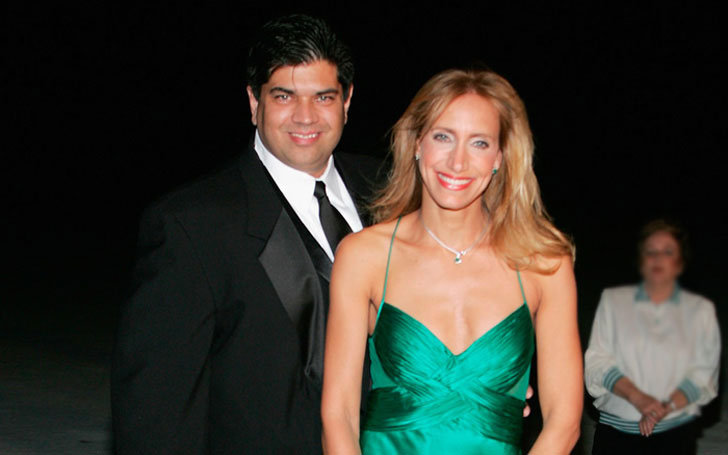 Couple split alert! Lili Estefan recently called an end to her marriage.Yes, you heard it right. Lili Estefan, the star of the Univision has recently announced split from her husband Lorenzo Luaces after being married for almost twenty-eight years.

They say marriages are made in heaven, however, it takes effort from the ones who are in the marriage to make it work, doesn't it? Take  Lili Estefan and Lorenzo Luaces' case, they were together for twenty-eight years and still, they couldn't make it work. Wondering what might be the reason behind such a big step? Why has Estefan decided to divorce her husband Lorenzo Luaces? Reason Revealed!

Lili Estefan and Lorenzo Luaces: Married No More, Getting Divorced?

Lili Estefan, the host of Univision network called an end to her relationship with her husband on Thursday  (September-14-2017). What do you think is the reason behind it? Scroll below for the answer

Well, we don't know the real reason behind it as of yet, as the couple has not mentioned what actually made ended their relationship, however, Lili Estefan has given an official statement about their split. In her words

I always bring you the entertainment and show business news but today surprisingly I’m the news, I wanted to tell you personally with a heavy heart that I’ve initiated the process of separating from my spouse, with whom I spent 28 years of my life.

We understand it must have been really difficult for her to make such a decision, but since Lili Estefan has asked for privacy calling it a "difficult time" we should respect that and not nag her with questions.

I can assure you that after the death of my mother when I was a little girl, that this has definitely been the biggest pain I’ve experienced in my life.

When it comes to separation, it's especially hard for the children as the marriage becomes more about than just being a husband and a wife to each other. When couples separate, especially is the husband or wife cheat, it sets a bad example for the kids. Was it the case? Could Lorenzo Luaces have cheated on Lili Estefan?

Do Lili Estefan And Lorenzo Luaces Have Children?

Lili Estefan and Lorenzo Luaces have two children. They have a son named Lorenzo Jr.(1999) and has a daughter named Lina Teresa (2002). Lili Estefan is concerned about the kids as well in this difficult time. In her words

It hasn’t been a decision I took lightly, Although it’s very painful, I definitely feel better for having done it, and am always thinking of the well-being of my two children, the thing I treasure most from our relationship.

She is a mother, after all, how could she not be concerned about her children even when she is in trouble herself. Let's hope this is over for Lili soon.