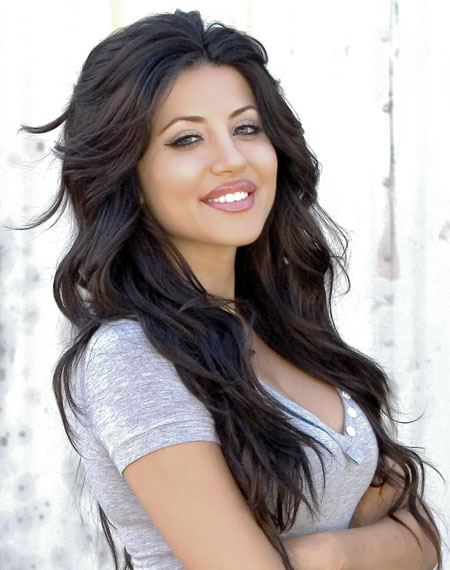 Leyla Milani is one of the most versatile figures in the fashion world who has built a successful career in modeling, acting, and entrepreneurship. Milani gained initial fame after becoming the part of the 2005 WWE Diva Search, finished second out of 8,000 contestants. She received further attention when she was a  model on NBC's prime-time game show Deal or No Deal from 2005 to 2009.

Leyla Milani was born on April 2, 1982, in Toronto, Canada to Iranian parents. She spent most of her childhood days in her hometown Toronto along with her family. She holds Canadian nationality and regarding her ethnicity she has a mixed ethnical background.

At the starting of her career, Leyla worked as a host in an after-school television show at the age of 12. After a few years of work at the local level, Milani started getting several offers from the national and international level.

Following her high-school, Milani moved to Los Angeles along with her family. There she attended LA's Fashion Institute of Design and Merchandising.

Leyla Milani initially grabbed fame as a contestant in the 2005 WWE Diva Search, which she ended as the first runner-up among 8,000 contestants. Her career reached a new height after she landed the job as a model on  NBC's prime-time game show Deal or No Deal in 2005. She was featured in the show until 2009 and was popular for her "lioness-like" mane and held case #13 in the show.

Likewise, Milani won a Game Show Network Award for Favorite TV Models. She also worked for a number of well-known shows like Style Network's show, Split Ends, Fox News' conservative satire show The Half Hour News Hour. She also appeared in an online comedy web series for Experian Credit along with some recognized faces like Vivica A. Fox, Michael Madsen, and Danny Glover. 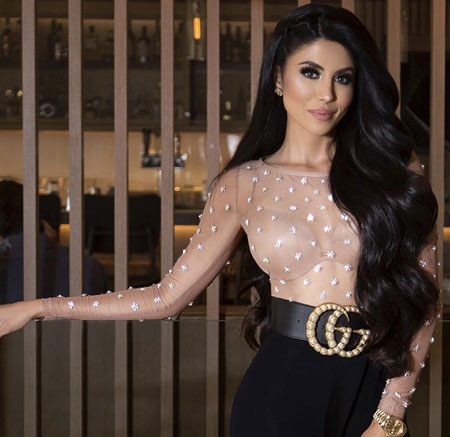 Leyla was featured on a celebrity episode of GSN's game show Catch 21 along with fellow DOND models including Patricia Kara and Marisa Petroro. Later in 2009, she formed her own hair extension line, Milani Hair and in early 2010, she announced the launch of the hair extension line.

As of now, the company provides several different hair care products which include hair sprays and hairbrushes and hair electronics as well.

According to Celebrity Networth, Leyla Milani has an estimated net worth of around $750k in 2019. She has made a lot of money from her multiple professions. Her business plays a major role in her net worth. She has modeled for many well-known companies. As a model, she is paid around $77,000 a year.

Milani was a model on NBC's game show Deal or No Deal. Her #13 case won the grand prize of $1 million for eight times. Meanwhile, Milani is an owner of a hair extension line, Milani Hair. Most of her products range from $30-$299.

On the other hand, her husband Manny Khoshbin has a net worth of around $45 million. He recently bought a $29 million, a multi-level office building with two restaurants on the main floor.

The couple owned a stunning Mediterranean style house in a prestige, gated community in New Port Coast California. The house was put on the market for $33 million in January 2019. The 10,365 square foot mansion has four bedrooms, a gourmet kitchen, and a separate prep kitchen.

Besides, the couple is also a proud owner of many luxurious cars which are listed below.

Furthermore, the couple also owns a private jet and yacht.

Moreover, she has over 1 million followers on her Instagram account. It is also a main source of income as she can make over $7k per promotional post.

Leyla Milani has been sharing a blissful married life with her doting husband Manny Khoshbin. The power couple got married in 2011 in an intimate wedding ceremony. A source close to the couple reported that they first met in 2009; the same year she founded Milani Hair.

The couple is also blessed with two children, a son named Enzo Pasha and a daughter named Priscilla Khoshbin. Their son Pasha celebrates his birthday on June 31.

Our anniversary is coming up. What do you get a guy that has everything?

The couple has been leading a blissful conjugal life for eight years. Leyla currently resides in Newport Coast, California along with her spouse and two kids.