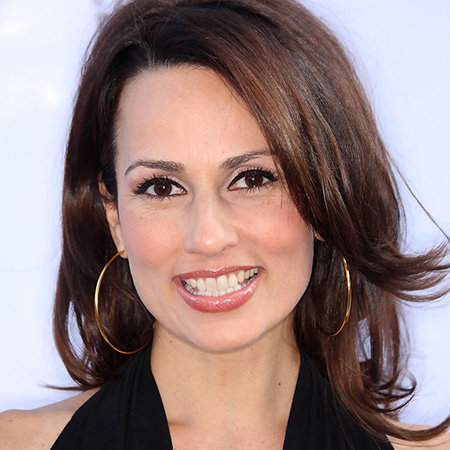 Born as Panayata Karamouzis, Patricia Kara is an American actress, model, and TV personality. She is known be the host of NBC game show Deal or No Deal. She has been active in the industry since 2000 till date.

Patricia Kara has not disclosed any information regarding her early life. Her parents and early childhood are not known. Patricia was born on February 25, 1972, in Chicago, Illinois. She has received a Bachelor’s degree in Performance Arts from Columbia College in Chicago.

Patricia Kara started her career during her teenage in Chicago. Since her teenage, she got attracted in the entertainment industry and hence she steeped in this world. Her career bloomed after moving to New York City. She has appeared in a number of television commercials including Old Navy, Coors Light, Ericsson mobile phones. She has made her appearance in countless TV shows and magazines including Maxim, Stuff, Forbes magazine, Cosmopolitan and many others.

Patricia Kara also has modeled for the print advertisements including for Venus Swimwear, Body Wrappers dancewear, Disney Suave, 24 Hour Fitness, Snickers, Reebok and many others. She was chosen to be the model of NBC’s game show Deal or No Deal and also appeared on the celebrity edition of GSN game show titled Catch 21 where she won the main game earning $2500 in total. Patricia is paid a handsome salary for her works. However, her exact salary and net worth are unknown to the media.

Patricia Kara is active in charity programs. She is involved with numerous charity organizations including Trinity Children’s Foundation, Susan G. Komen Race for the Cure, the Make a Wish Foundation, the Elizabeth Glazer Pediatric AIDS Foundation,  the American Heart Association, the Salvation Army, Women for Women International, Read Across America,  and the Tiger Woods Foundation.

Patricia Kara has been reluctant in giving out her personal information. Moving on to her relationship status, Patricia is a married woman. She is married to her husband turned boyfriend Noel LaMontagne. The couple had dated for a couple of years prior to getting married. Her husband Noel is a former American football player playing in the NFL as an offensive lineman from Cleveland Browns.

The couple got married in 2012 and has been enjoying their euphoric marital life. The couple has no children yet and seems not in hurry. Both the husband and wife are focused on their career at the moment.

Patricia Kara is called by her nickname Tricia among her friends and family. She stands the height of 5 feet and 6 inches and has the body weight of around 53 Kg. She is blessed with luscious brown hair and has sparkling blue eyes. Her body measures bust-waist-hip as 34-23-34.