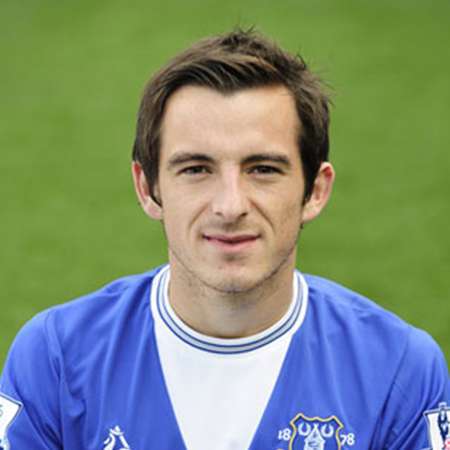 Leighton John Baines is a professional footballer whose Current Team is Everton, He plays from the team wearing Jersey No.3.Apart from that he also plays for the England National football team. He was born in 11th December of 1984 in Merseyside, England. He started playing football from his early age of 10. He was interested in playing football from his early age. He was generally inspired by a local team who used to play football on the outer ground which was near to his house. He used to go and see the game and slowly that led him to the football career.

He made his first debue for Wigan Athletic which was in second division then. Later in Premier League 2004-05 his team got promoted and he scored his first goal in the season which happens to be a spectacular long range shot goal. Later in 2005 he signed a contract with Wigan and later extended the contract after his impressive skills in 2006 league Cup. In 2007 he rejected to move to Sunderland and later he signed Everton .He had to start the game in Everton with injury and had to spend most of the time with injury and got himself in bench. In 2009 he was captain of Everton and he led the Everton for UEFA Europe League for the first time on his captaincy. He contributed about 11 assists in the season and was the league highest assisting defender. During 2012-13 seasons he created almost around 115 chances for his team which happened to be one of the records. He scored a crucial goal for the England team when he was playing against Germany..He had played all the 4 o the England game in 2007 UEFA European Under 21 Football Championship. He is regarded to be one of the players to have a good future in the football history

He is married to his long dated girlfriend Rachael. He is already father to 3 children and he claims himself to be a best dad. He is also close friend to musician Miles Kane. His height is 1.7 m and weight is 79 kg.He has very active personality and he is usually known for his skills and tactics.