Why Russell Brand And His Wife Laura Gallacher Are Relationship Goals!! 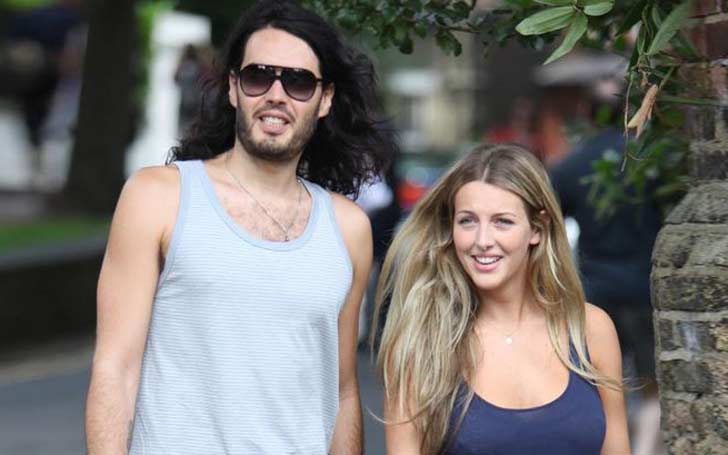 When Russell Brand first rose to fame, he was more renowned for his outrageous behavior, casual affairs with women, and drug addiction. However, the comedian is difficult to recognize as the same person as he now lives a low-key life with his wife Laura Gallacher and their infant daughter Mabel Brand.

Fans of this comedian turned political activist often wonder about his personal life including his married life with partner Laura. If you belong to the category curious to find out, you have bumped into the right place. Without further ado, let's get to it.

Russell Brand and Laura Gallacher have been together since 2015. However, the couple began dating in early 2007. Perhaps it was destiny the pair got introduced to each other through a mutual friend.

They had been dating on and off for years before eventually settling for each other.

The duo dated for a couple of years and in 6th November 2016, Gallacher gave birth to their daughter, Mabel Brand.  Subsequently, Gallacher and Brand tied the knot on 27th August 2016 in a lavish wedding at Remenham Church near their home, albeit in private with just their family members and close friends as guests.

Some notable celebrities who attended the wedding were Noel Gallagher and Jonathan Ross.

The pair now lives in a $4.65 million house in Oxfordshire. Russell's subdued lifestyle now seems completely different from the one that helped him make his name years ago.

Speaking about their married life, Russell explained the relief he felt being in a stable relationship after the utter madness during his early years.

"I wanted lots of attention [even when I was doing my comedy], but now in the back of my mind is my wife and my daughter. I ran out of options with all of my addictions. It became clear that an ordinary life is the best. I really like it, it's such a relief to be married - to be home."

The actor does not shy away from expressing how much his family means to him and the bright spark they have brought to his personal as well as professional life.

However, in one of the interviews, the comedian claimed how life as a father suits him even though it comes with difficulties. He then joked about how exhausting being a father is.

"I have calmed down. Being a daddy is part of it because I'm knackered all the time."

It cannot be stressed enough how much Gallacher and Brand love and enjoy being in each other's company. This has come as a blessing to Russell whose previous marriage ended in mere two years.

The comedian was previously married to American singer and songwriter Katy Perry. The former pair share no children and they abruptly split up for some unspecified reasons. Perhaps they were never meant to be as Russell appears to have found his true soulmate in the form of Laura Gallacher.

Who Is Laura Gallacher?

Laura Gallacher got launched into the limelight after her public relationship with Russell Brand. She is the sister of TV presenter Kristy Gallacher. Their mother is Lesley Gallacher while their father is a golfer named Bernard Gallacher. Her family grew up on the Wentworth Estate in Surrey.

Laura was born on 28th June 1987 in Britain. She is of Caucasian ethnicity while being a British nationality. Early on, Laura worked as a waitress in the restaurant industry. Her life took a turn for the better when she entered the film industry featuring in movies like Freckle, Split Milk and Tyde.

The former waitress then featured in a TV Series named Persona in 2011. This helped her gain fame and fortune. Besides her acting career, she also owns her own fashion brand where she sells dungarees.

It's not just Brand whose life has changed for the better after meeting his current spouse. The same goes for Gallacher. Both Russell and Laura appear lucky to find each other. The pair shares great chemistry and has brought immense happiness to each other's lives.