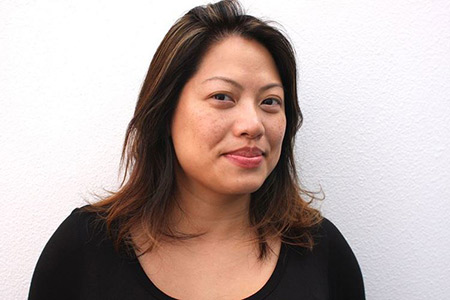 Born and raised in Washington, D.C., Kulap Vilaysack is an American actress and comedian who rose to fame for her work from 2010-18 as a co-host of the Who Charted? podcast. The actress has appeared in numerous movies and TV series like I Love You, Man, Children Hospital, Comedy Bang! Bang!, and many others. She currently plays a role in the comedy series Bajillion Dollar Propertie$.

Kulap Vilaysack was born on May 11, 1980, in Washington, D.C, the United States of America to Laotian parents; Bouaphet Vilaysack (mother) and Inhpeng Vilaysack (father). Before her birth, her family arrived from a refugee camp in Thailand and settled in Eagan, Minnesota. She belongs to American nationality and belongs to the Laotian descent (ethnicity).

Vilaysack was raised in her hometown, Washington. D.C, along with her two siblings sisters named Anita Vilaysack and Alyssa Vilaysack. She did her schooling from her hometown high school. The actress then made her way to Los Angeles and enrolled at the Fashion Institute of Desing & Merchandising where she earned her associate's degree.

Kulap Vilaysack started her acting journey by playing the minor role in the movie Run Ronnie Run. Her first television role came just after a couple of years when she appeared in Asia Street Comedy.

Similarly, Vilaysack landed a number of roles in many other hit movies and television series like The Goods: Live Hard, Sell Hard, Peep World, Welcome to Me, The New Adventures of Old Christine, and more. The actress gained initial fame following her performance in the TV series Childrens Hospital from 2008-12. 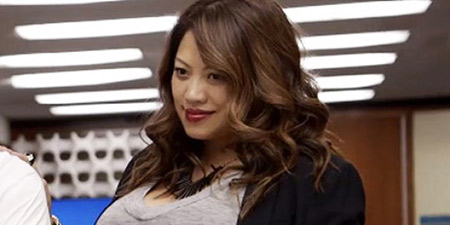 Kulap currently features in the hit TV series Bajillion Dollar Propertie$ sharing the screen along with Tim Baltz, Ryan Gaul, and Mandell Maughan. From 2017-19, the actress was also a cast in I'm Sorry.

Vilaysack also directed a documentary entitled Origin Story about her family that aired on Amazon on 10 May 2019.

Kulap Vilaysack's net worth is around $1 million, according to some online sources as of 2019. Her primary source of income is her work in movies and television series.

The actress landed many major roles in dozens of hit TV series, but it is unknown how much she is paid per episode. Vilaysack, probably, receives a handsome amount of salary for her work.

Vilaysack owns a house in Los Angeles which worth may be in $millions.

Kulap Vilaysack has also a passion for humanity who is quite active in charitable activities. Along with comedian June Diane Raphael, the actress founded the Upright Citizens Brigade Theater (UCB)-associated "UCB Corps" community, a volunteer charity organization. It aims to improve the community with the help of volunteers.

Kulap Vilaysack is a married woman. She exchanged the vows with comedian husband Scott Aukerman in 2008. They have kept the details of their personal relationship pretty much entirely under wraps these last few years. The couple has been together for over a decade and still sharing the blissful married life.

With my sweetheart in SF. : @meredithsalenger

Despite their decade long marriage journey, the couple is yet to share any child. The two currently resides in Los Angeles.

Vilaysack also has two pets whom she regards as her children.