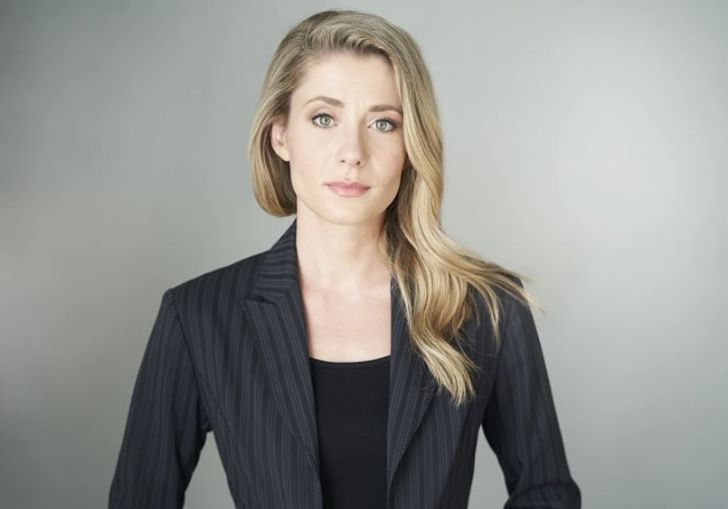 Best known for portraying Leslie Bennett in the Republic of Doyle (2010- 14), Krystin Pellerin is a Canadian actress who made her journey to success in TV series, big screens & theaters. Ever since turning professional in 2006, Pellerin records a total of 13 acting credits, including her work in the films Warriors of Terra (2006) and Killing Zelda Sparks (2007).

The Gemini Award nominee made her stage prominence the ladder to TV success & movies, having worked in Soulpepper's production The Real Thing. In addition to her successful career in the acting industry, Krystin leads a blissful marital relationship with her husband.

Who Is Krystin Pellerin's Husband? Any Children?

The St. John's, Newfoundland native, is currently married to Rylan Wilkie, a stage actor. Even though both Krystin and Rylan are yet to talk about their relationship beginning, their common profession probably set their chemistry up.

Reportedly, the duo married on January 8, 2019; Pellerin shared an Instagram post on the 8th of January, 2020. stating their first anniversary. The caption read: "Had a beautiful weekend in Banff and Lake Louise celebrating our first year of married life. Here’s to many more!". 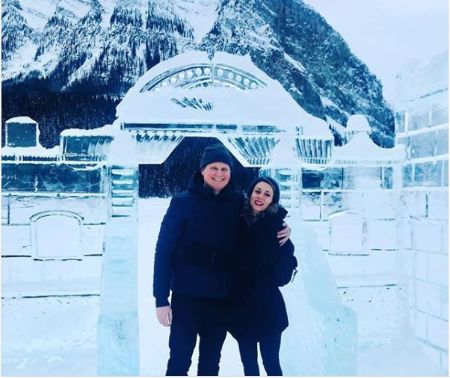 Krystin and Rylan are open about showcasing their affection to each other & often mention each other on social media platforms. In November 2020, the Candian actress has over 2.7K followers on her Instagram (@krystinpellerin), while her husband Rylan's Instagram goes with the handle @wilkierylan & has 500 followers.

The couple is yet to share children; they currently reside in Canada.

Krystin was born on July 12, 1983, in St. John's, Newfoundland, Canada, to Candian parents & grew up alongside his sister Bethy. Her birth name is Krystin Elizabeth Josephine Pellerin. She graduated from The Prince of Wales Collegiate and then enrolled at the Memorial University of Newfoundland. Moreover, Pellerin also got entrance to the National Theatre School of Canada in Montreal, Quebec.

As for a fact, she is also a singer and musical theatre performer.

A Canadian by nationality, Pellerin is of white ethnicity and is fully bilingual- French and English.

Soon after she graduated from National Theatre School, Krystin went to Soulpepper Theatre and got a stage gig in the role of Debbie in the production of Tom Stoppard's The Real Thing, along with Megan Follows and Albert Schultz.

In 2006, she got her on-screen debut through horror sci-fi film Warriors of Terra and subsequently played Ellen in comedy-drama Killing Zelda Sparks (2007). Her TV prominence came to wide attention after portraying Lady Elizabeth Darrell in The Tudors (2008, 4 episodes).

Thereafter, following her brief appearances in TV series Lost Girl (2010), The Listener (2013), and Infanticide! (2013, short-film), Krystin Pellerin got her career breakthrough with the Republic of Doyle (2010- 14). There, she portrayed Leslie Bennett in 78 episodes starring Allan Hawco, Mark O'Brien, and Marthe Bernard. 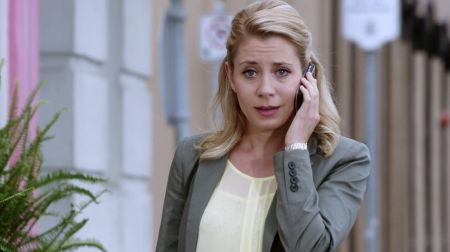 In 2016, she was cast in the widely acclaimed short-film Touch, directed by Noel Harris. The short-film garnered 21 awards worldwide & also won her an award for best actress at the Henley Film Festival (the UK) and the Visioni Corte International Short Film Festival (Italy).

After that, the Candian actress played Lady Macbeth in the Stratford Festival: Macbeth (2017) and also appeared in guest roles in two TV series that year: Reel East Coast and Murdoch Mysteries. Ever since she is yet to make an on-screen appearance or has updates on upcoming projects.

According to online sources, Krystin has $600,000 net worth in November 2020; her acting career is the major source of her income. After 2017, the actress has not made TV series or film appearances and has not announced her professional update. But without a doubt, her career stints at the Republic of Doyle did grab her tens of thousand dollars an episode.

Throughout her career journey from 2006 to 2017, Kyrstin Pellerin made 13 acting credits.