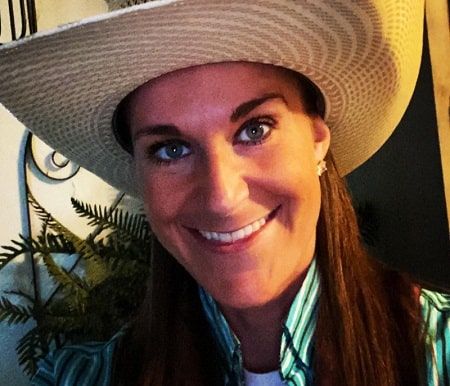 Kristen Tuff Scott is an American reality TV star and a social media influencer who is famous for her daily vlogs about her life as a horse-breaker and earned popularity for her music videos that went viral on TikTok.

Apart from that, she is also a breast cancer survivor and has dealt with body image, people's perception of female beauty, and even questions regarding her gender. Scott, gracefully, has accepted her truth and never hesitates to answer people's unnecessary questions.

Social media influencer Kristen Tuff Scott was born on August 3, 1993, in Piggott, Arkansas, the USA, to a loving, caring, and supportive family American by nationality.

She belongs to the Scottish ethnicity. The 28 years old personality stands at an average height of 5 feet 9 inches and weighs around 55 kg. Talking about Scott's education, the 28 years old describes herself as an idiot during her high school time. After her high school graduation, she was offered a scholarship from Arkansas State University under her musical talent.

Then Scott continued her uni life by taking a science major and graduated in 2014 with a double major in biology and chemistry.

After she graduated from ASU, Scott planned to go to med school but decided to change her whole profession. So, one day, she packed her stuff, moved to a new city and started living her life as a horse-breaker in Missouri.

The social media star first came into the spotlight when she posted her videos on TikTok. Initially, she used to post a few sec of music video clips. As time went by, one of her videos went viral, and she became an internet sensation overnight.

Furthermore, Scott got a chance to appear in season 5 of CMT's Redneck Island in 2016. She is also known as the toughest cowgirl in the town of a farmer background who believes in hard work.

Besides that, Scott has her own YouTube channel and various social media accounts, where she used to upload unique content.

The famous personality has got more than 38.1k subscribers on her YouTube channel as of April 2022. But she seems to be less active on YouTube at the moment, and she only uploads videos sometimes.

The toughest cowgirl in the town was diagnosed with breast cancer in the mid-2010s. As per a report, Scott had to undergo a mastectomy to restrain her breast cancer from spreading. As a consequence, she had to remove her breast during her surgery.

The social media star successfully confronted breast cancer with courage and posted a picture on her Instagram that showed her removed breast.

She is fit and refined at the current moment and back to her social media platform, inspiring and motivating people. Also, Scott continued posting her music videos and other unique content.

Is Scott In A Relationship?

Browsing through her social media, Scott is possibly single at the moment. She prefers a low-key and private life and has not revealed her relationship status. 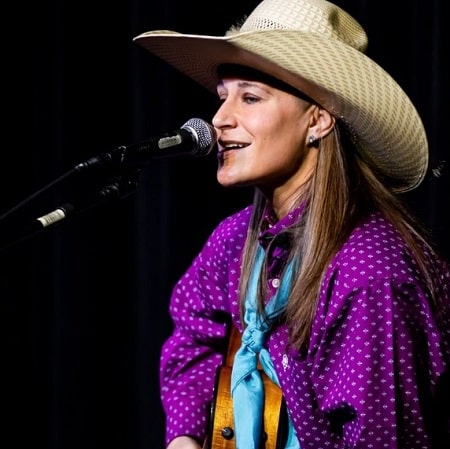 There are no rumors about her love life, and she also stays away from controversies. From her, Instagram handles, where she is available as @kristentuffscott, Scott posts various pictures regarding her current lifestyle.

The 28-year-old star is a TV personality, a content creator on YouTube, and a TikTok star. She is active more on her social media platforms.

She has gathered more than 1.6 million followers on Facebook, 152k followers on Instagram, and 4.2k followers on Twitter. She posts unique content on accounts as she is an entertainer and has a great sense of humor.

Scott holds an estimated net worth of  $700k as of 2022. She mainly earns from social media platforms. She is an inspiration to all, and people usually connect with her funny, hardworking, and survivor personality.