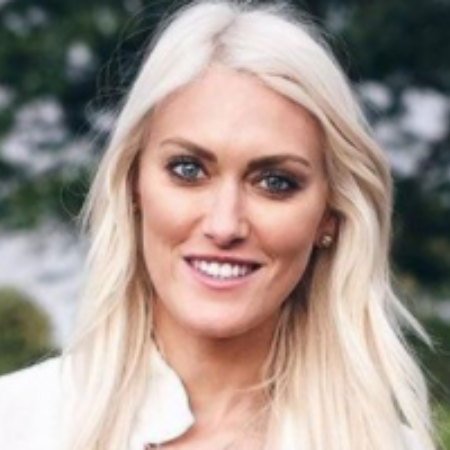 Alexandra Mary Hirschi, well recognized as Supercar Blondie, is an Australian social media star, TV presenter, and car vlogger. She is widely popular for her supercar reviews and automotive vlogging content, which she frequently uploads on social media platforms. Her Facebook page has gained over 36 million followers, whereas; her Instagram account has surpassed 8.7 million followers. Similarly, her Youtube channel has garnered 5.88 million subscribers as of April 2021.

Studied At Queensland University Of Technology

Talking about her education, she attended the Queensland University of Technology, where she majored in Journalism & Business.

As of 2021, she is 35 years old. She has an average height of 5 feet 6 inches. She holds Australian nationality.

Alexandra Mary Hirschi has an estimated net worth of $15 million as of April 2021. The primary source of her income is her social media, sponsorship, and merchandise.

Alexandra Mary Hirschi has many supercar collections, including her BMW i8, which is worth $147,500 at the market.

The automotive vlogger also has a McLaren 720S, which price range is $300,000. She bought her first car Mitsubishi Lancer, a Japanese manufacturer.

Alexandra Mary started her career as a newscaster and prester for a talk radio show on Dubai Eye 103.8, where she worked for at least 9 years.

During her time there, she interviewed numerous A-listed celebrities like John Travolta, Jake Gyllenhaal, and Liam Neeson. 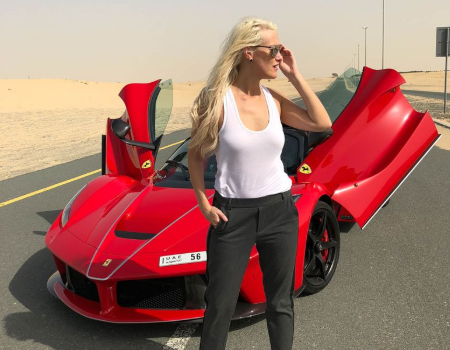 She left the radio show in the year 2018 to give full-time on her social media and automotive vlog. She bought her first car Mitsubishi Lancer, a Japanese manufacturer.

Alex also does advertise for the brands like Bugatti and Ferrari. On June 10, 2018, she appeared on Germany's free-to-air TV RTL ll on the car show GRIP Das Automagazin, where she co-prested Bugatti L'Or Blanc and the Las Ferrari Aperta.

She was awarded a Shorty Award for Breakout YouTuber in 2020.

Tied The Knot With Nik Hirschi

Alexandra Mary Hirschi is married to a former banker Nik Hirschi. The couple exchanged wedding vows after dating a few times; however, their exact marriage date is not revealed yet. 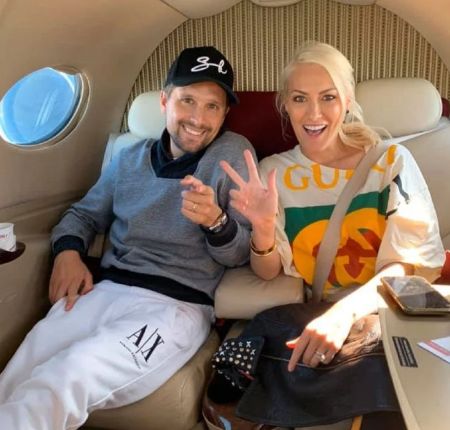 After their marriage, the duo settled in Dubai, UAE. Her husband also supports her while doing an automotive vlog. They don't have any kids as of now.

Nik gave Alex a pleasant surprise and gifted her a Ferrari 488 spider on Valentine's day in 2018. The car was fully decorated with beautiful red, pink, and white roses.