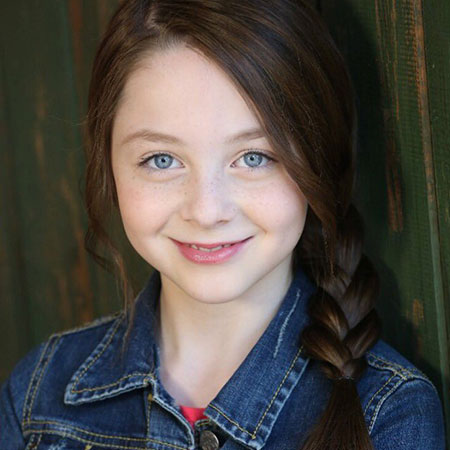 Kitana Turnbull is an American child actress and dancer who came into the spotlight after her dancing performances and her debut single Forever 7. Since then, she has appeared in many movies and TV series and she has been able to maintain her name and fame successfully.

Turnbull has not revealed any information regarding her parents. Speaking of her educational background, information is yet to be disclosed, but as she is just 13 years old, we can say she might be attending the secondary level in school.

Turnbull stepped into the entertainment world by taking part in the hip hop dancing championship. Afterward, she built her interest in this field as she was passionate as she was passionate about dancing. Then she starred in various commercials for some famous companies like Honda, Pizza Hut, Samsung, Macy’s and many more. Later in May 2016, she released her debut single Forever 7 where the American jazz trumpeter Isaiah Morgan was featured.

We have presented you a video in which Kitana Turnbull can be seen at the World Premier Red carpet.

Likewise, she also appeared in the TV movie, Members Only. In the year 2017, she appeared in the Netflix’s A SeriesUnfortunate Events and then in the short movie The Bachelors with Odeya Rush, J.K. Simmons, and Harold Perrineau.

Kitana Turnbull's Earnings And Net Worth

Kitana Turnbull is just in her teens. Despite her young age, she has acted in many movies and TV series and participated in several dance competitions. She obviously has earned a good sum of money in her career. However, her actual earnings and net worth are yet to be revealed into the media.

Kitana Turnbull will turn 14 years old on August 8, 2019. As she has just steps into her teens, it is way before she starts dating some boy. She is currently living with her parents in California and attending her school level education.