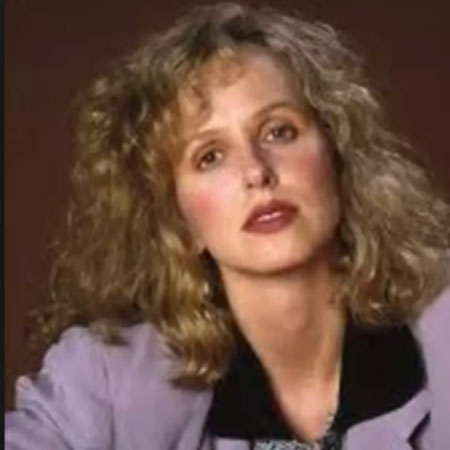 Kim Greist is a well-known former American actress and model who is notable for her roles as Jill Layton in Brazil (1985), as Molly Graham in Manhunter (1986), as Beth (1987) in Throw Momma from the Train, and as Laura Burnford-Seaver in Homeward Bound: The Incredible Journey (1993).

Kim Greist was born Kimberley Bret Greist on 12th May 1958 in Stamford, Connecticut, USA, to Norma M. (née Abtey) and Edwards Harold Greist, Jr. Her maternal grandparents belong to the Polish as well as German, and English descent. Her birth sign is Taurus.

Greist was keenly interested in modeling since her early days, and she spent some of her late teenage years as a professional model in Europe. At the age of 20, she returned to the United States and began her acting career in the off-Broadway comedy Second Prize: Two Months in Leningrad.

Further, she made her silver screen debut in the 1984 American science fiction horror film, C.H.U.D. as
Lauren Daniels. The following year, Greist appeared in a guest role Brenda in an American television crime, Miami Vice.

Moreover, Greist performed a recurring role of Kay Gallagher in 1989 American crime drama series, Wiseguy. Also, she worked as Laurie Geiger in Chicago Hope, an American medical drama television series. She was cast along with Mandy Patinkin, Mark Harmon, Peter Berg, Thomas Gibson, and others in the series.

Notably, she has appeared in several TV series like Tales from the Darkside, Monsters, H-E Double Hockey Sticks, Diagnosis: Murder, The X-Files, whereas her movies credits include Throw Momma from the Train, Homeward Bound: The Incredible Journey, and Homeward Bound II: Lost in San Francisco among others.

Greist most recent appearance was in television drama series, Judging Amy where she played Michelle Crouse, starring Amy Brenneman, Jim Parsons, and many others.

Kim Greist has not revealed about her net worth to the media, but looking at her career span and popularity, we can easily guess Greist might have the net worth in thousands of dollars. She earned the major part of her net worth form her career in the entertainment industry.

Moreover, Greist has been part of several hit movies which have earned well at the Box Office. Some of them are, C.H.U.D. collected $4.7 million, Homeward Bound: The Incredible Journey made $41.8 million, and Shriek If You Know What I Did Last Friday the Thirteenth that collected $5 million at the Box Office.

Kim Greist, aged 60 has been in the limelight for some decades now, however, the details regarding her personal life, husband, and children are still under the wrap. She has never talked about her relationship, boyfriends and marital status.

Talking about her body measurements, she stands 5 ft 4 inches tall/ 1.67m and possesses a healthy and well-maintained body that measures 37-27-34 inches.