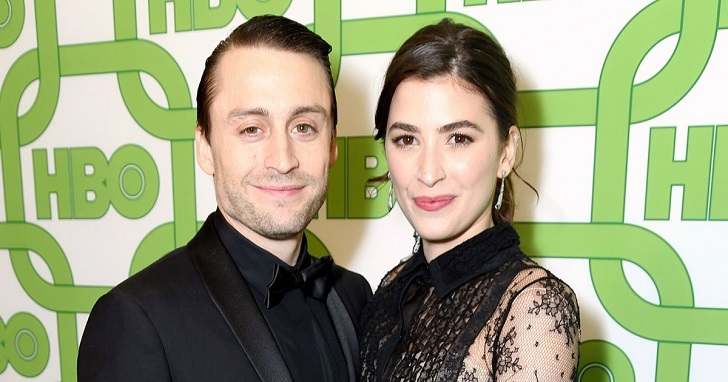 Kieran Culkin And Wife Jazz Charton Are Going To Be Parents!

American actor Kieran Culkin, who came into the spotlight for appearing in Home Alone franchise, Igby Goes Down, and This Is Our Youth, is going to a dad!

On Tuesday, Kieran’s wife Jazz Charton took his Instagram to announce that the couple is expecting their first child together.

The former model posted a glimpse of sonogram writing “My favorite surprise so far.” She then captioned the picture claiming they had no idea on how much they have wanted this until it happened.

My favourite surprise so far. We had no idea how much we wanted this until it happened. We’re excited/terrified/ecstatic/unprepared but we cannot wait to meet our little unexpected creation in September #theglobeswerefun #koalatummy

Jazz expressed their emotions claiming they are excited, terrified, ecstatic, and unprepared, but cannot wait to meet their little bundle of happiness in September. The gender of their child is yet to be revealed.

The happy news comes after a year Kieran revealed the pair had no plans to expand their family. He then reported that he just seemed like a lot to take on. He added:

I suppose if she gets pregnant, that would be fine but it’s really not on our horizon.

During the interview, Kieran also revealed that none of his siblings (Macaulay Culkin, Quinn Culkin, Rory Culkin, Shane Culkin, Christian Culkin, and Jennifer Adamson). His sister Dakota died at the age of 29 back in 2008.

Kieran and Jazz first met at a New York bar, and she happened to be there with another man. Since then the pair has been together and eventually leading a blissful married life since 2013.