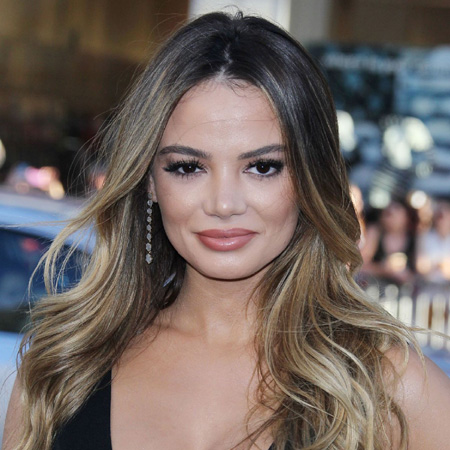 Keleigh Sperry is one of the renowned and successful social media personality as well as a model. She came into limelight through Instagram friends including, Taylor Swift, Jessica Szohr, Nina Dobrev, Selena Gomez and so on.

Sperry is also a television series actress, who has made appearances in movies and TV series such as E! Live from the Red Carpet, Dance, Opeth: The Devil’s Orchard.

Currently, Sperry is in an engaged relationship with her boyfriend, Miles Teller since 2013.

Keigeigh Sperry was born in 1992, 16 October in California, United States of America. She belongs to white ethnicity and holds an American nationality.

Sperry was interested in acting since her early childhood days. Later on, she began her modeling career as an aspiring model. She apparently represented L.A. Talent which also specializes in on-camera commercials.

Currently, she is involved with One Management, an entertainment agency which focuses on clients in film, music, and fashion.

Furthermore, she has also managed to work as an actress whereas she has made her appearance in some television series like Dance, E! Live from the Red Carpet, and Opeth: The Devil’s Orchard

Keigeigh Sperry got engaged to her boyfriend who is an American actor, Miles Teller, known for portraying as Jason in American drama film, Rabbit and also for starring along with JK Simmons in the 2014 film, Whiplash as Andrew Neiman.

Sperry began dating since 2013 and after being together for three years the duo got engaged on August 20, 2017, while they were on an African safari. And Miles sure took her thousands of miles from home in order to engage Sperry.

The pair together attends various events and also appeared in red carpet as well.

In December 2016, Teller and Sperry had a car accident. Their car was cut off by an Uber driver and rolled onto its side. The duo wasn't injured but a passenger in the Uber car was taken to the hospital.

Keleigh Sperry has just begun her career as a social media personality. She has collected a huge popularity from the viewers with 119k followers on Instagram and more than 5,073 followers in Twitter account.

Though her official net worth is not disclosed yet, looking at her lavish lifestyle, Sperry probably enjoys good sum of net worth. However, her fiancé net worth is around $12 million.