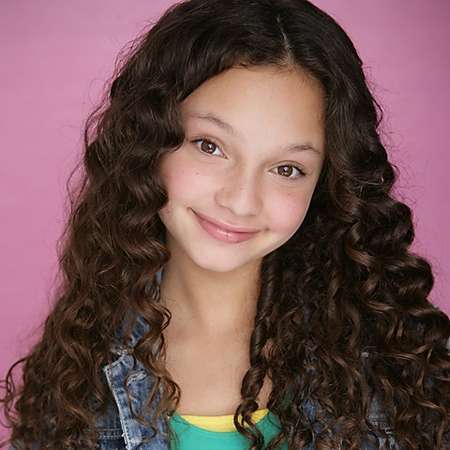 Kayla Maisonet is an American actress. She is well known for portraying as Georgie Diaz on the American single-camera sitcom Stuck in the Middle aired on Disney Channel alongside Jenna Ortega, Cerina Vincent, Isaak Presley and much more.

Kayla belongs to white ethnicity and holds an American nationality. She grew up with her brother.

Kayla graduated from high school in March 2017. During her high school days, she faced the problem of bullying.

At the age of five, Kayla started dancing and appeared in national commercials including a national Verizon holiday commercial.

CareerKayla Maisonet began her acting debut with the short movie “A New York Fairy Tale” as Bella. Due to her diligent performance, she gained huge fame from media.

In the year 2012, Kayla appeared in the Shmagreggie Saves the World as TMC. The same year, she portrayed as Lindsay in the American television sitcom Dog with a Blog aired on Disney channel from October 12, 2012, to October 12, 2012. The series staring, G Hannelius, Francesca Capaldi, Regan Burns and more.

In 2013, Kayla appeared on the American television sitcom The Haunted Hathaways as Lilly aired on Nickelodeon. She also portrayed as Teen Girl on Fox channel, Mulaney.

Currently, Kayla is seen in the Stuck in the Middle as Georgie(main role).

Kayla Maisonet’s present relationship status is single. The 17 years old actress is focused on building her career and that’s why she has no time to date anyone right now.

Kayla won the 35th Young Artist Awards in 2014 for Best Performance in a TV Series; Recurring Young Actress in Dog With A Blog.

Kayla Maisonet’s career secured as she has a huge number of fan who love her acting and dancing. She has just started her career and might be she earned thousands of dollars from different TV series.

Kayla’s current net worth has not disclosed yet. She stands at the height of 1.54m/ five feet and one inch with weight 53 kg or 117 pounds.