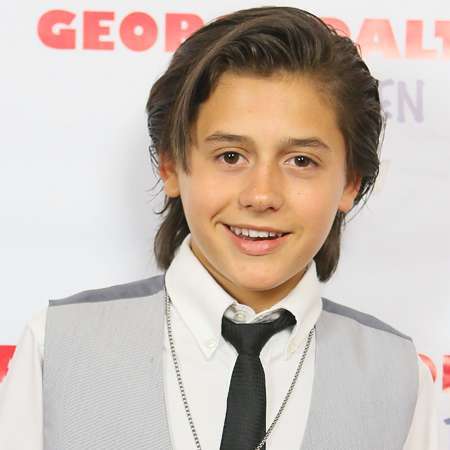 Multitalented singer and songwriter Isaak Presley, age 14, is an American teenage actor who has already featured in some of the biggest and famous shows the world has ever seen. He is also best known for portraying the role of Kyle in the prequel television series to the cult comedy film Wet Hot American Summer.

Likewise, Isaak Presley featured in the Amazon series A History of Madness as Jack and Disney Stuck in the Middle as Ethan Diaz.

Isaak Presley was born on June 16, 2002, in Colorado, United States of America. He holds an American nationality with white in ethnicity. Presley was very interested in horse riding from his very early age and started riding horses at the tender age of four.

Isaak Presley was raised up by his father as a single parent and was already involved in the entertainment industry for practically his whole life.

In addition to his singing and acting, Isaak Presley has also been a real cowboy who rose to fame and able to recognize himself throughout the world after releasing the single Cowboy Are Real Men on YouTube. Since then, Presley has made his unusual appearance in numerous projects on television.

Apart from his working on Disney Austin & Ally, Isaak Presley now stars in Disney’s newest prime the family series Stuck In The Middle as Ethan Diaz. He is putting his ambitions and dreams to good due by performing, singing and playing his own songs at various events in Southern California including Norco, Horse Town U.S.A, and California, where he also overcame The Official Voice of Norco.

Further to add, Isaak Presley is also fluent in the Spanish language who has been writing Spanish songs and English from his early age. He also appeared the family sitcom television series Fuller House, which featuring Andrea Barber, Scott Weinger, and John Brotherton.

In addition to being a talented youngster, Isaak Presley also has a heart of gold who is always hoping to spread happiness and doing enjoy by performing at several charity events like Heart of a Foundation. Moreover, he also performs without any cost at various children’s hospitals and is giving entertainment.

Isaak Presley is currently in a relationship with his career. The 14 years old singer is focused on building his career and that’s why he has no time to date anyone right now. He is unmarried yet and has not any affair and girlfriend. He loves to sing love song Yellow by Coldplay.

Isaak Presley’s career is secured as he has a huge number of fans loving his songs. He earns a handsome amount of money from his singing and collaborations. He has an estimated net worth of around $1 million.

Isaak Presley stands at the height of 4 feet 10 inches and his weight is 55kg.

The Notebook Cowboy Are Real Men