Katy Perry and Robert Pattinson Spotted on a Dinner Date-Pattinson is Engaged to FKA Twigs! Complete Details about the Relationship! 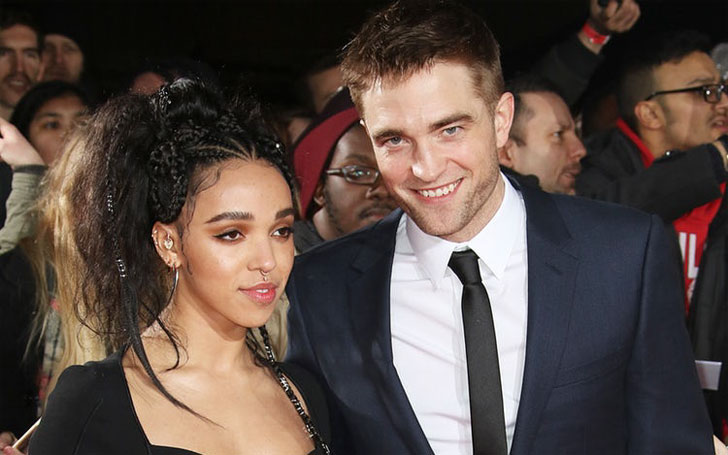 Just after the news that two arch enemy pop stars; Katy Perry and Taylor Swift, are set to debut their exclusive new single on the same stage i.e. MTV Video Music Awards, there's news that Katy Perry and  Robert Pattinson are up to something! What is going on in Katy Perry's life these days-so much happening always? This is why I love Hollywood-so much gossip!

Katy Perry who broke up with her boyfriend, Orlando Bloom, in March is recently romantically linked with another man- the undead Robert Pattinson himself. Well, this isn't  the first time the romance rumors between the pair has sparked. They were linked back in 2013 as well. We have all details here.

Once again, Katy Perry and Robert Pattinson romance rumors have sparked, after the two were caught together enjoying a romantic dinner in West Hollywood. Their dating rumors have sparked just a few week after Pattinson's announcement of engagement to girlfriend FKA Twigs.

TMZ reports that the Roar singer and Twilight star were caught getting cozy in West Hollywood in a restaurant at the Sunset Tower Hotel on Saturday night. According to the source, Perry and Pattinson were first sharing dinner with other people but they ended up being the only two at the table later on.

Thirty-two years old Katy appeared in a sheer collared top with silver polka dots embroidery matching with hoop earrings whereas the thirty-one years old Pattinson looked handsome in a black tee and slicked back hair in the dinner.

The rumor of romance between Pattinson and Perry sparked back in 2013 after the Twilight star broke up with his co-star Kristen Stewart. The pop star even confessed that she messaged Stewart explaining she isn't dating Pattinson and denied her relationship with him. She said: 'He's my bud, I'm like his big sister.'

The Roar singer has been in several relationships. She dated Sons of Anarchy star Johnny Lewis back in 2005 before she rose to fame. The couple broke up in a year-in 2006. Unfortunately, Lewis died in September 2012, and Katy Perry was seemingly devastated.

Katy also dated Travie McCoy who is the lead singer for Gym Class Heroes in 2007, after she just rose to stardom. But their relationship lasted for only two years, the couple called it quits in 2009.

And now comes one of Katy's most well-known relationship- the Chained to the Rhythm singer was once married to Russell Brand. They started dating in 2009 and got engaged three months later. Russel Brand and Katy Perry stunned Hollywood and the world when they got married on October 23, 2010, in India in a lavish-almost royal-like ceremony.

Brand and Katy Perry's marriage wasn't half as grand as their wedding ceremonies- their marriage ended after 14 months, they got divorced on December 30, 2011, citing ''irreconcilable differences''. After her marriage failed, Katy Perry dated John Mayer, one of Taylor Swift's exes.

Most recently Perry was in a relationship with Orlando Bloom. They started dating since January 2016, however, they broke up earlier this March.