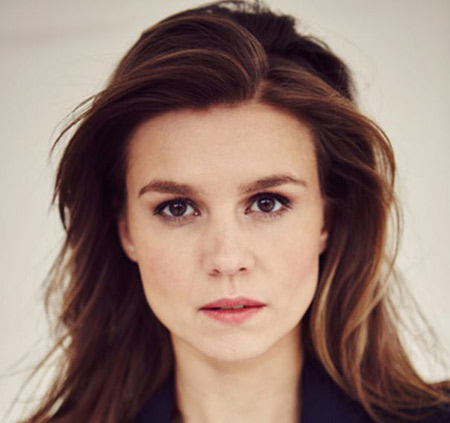 Katja Herbers is a Dutch actress came to limelight for her portrayal of Dr. Helen Prins on hit television series Manhattan. Her popularity gained further attention when she landed her significant role in the HBO series Westworld. Besides this, the actress is also known for her work in movies like Peter Bell II: The Hunt for the Czar Crown, The Strom, and Suskind.

Studied Psychology At The University of Amsterdam

Katja Herbers was born on October 19, 1980, in Amsterdam, Netherlands. Her father Werner Herbers is an oboist and conductor and mother Vera Beths is a violinist. After her parents divorced, Herbers' mother went on to marry Cellist Anner Bylsma whereas her father remarried costume designer Leonie Polak. Her stepmother Polak helped her to introduce to the theater. She later moved to the Ignatius Gymnasium.

She also has a younger sibling-sister named Carine Bijlsma.

Herbers spent most of her childhood days in the United States accompanying her mother on tour while Vera was a member of the music group L'Archibudelli. She belongs to mixed ethnicity and holds Dutch nationality.

Herbers completed her schooling from St. Ignatius High School, Amsterdam. After her schooling, she studied at the University of Amsterdam to study psychology. Around the same time, she likewise attended the local theatre school De Trap.

Katja later made her way to New York and got accepted to the Theater School in Amsterdam.

Katja Herbers made her acting debut in 2002 appearing in the movie Peter Bell. A year after, Katja landed the role in Brush with Fate. After her work in dozens of films and TV series, Herbers scored her breakthrough role in the TV series Manhattan, in 2014. 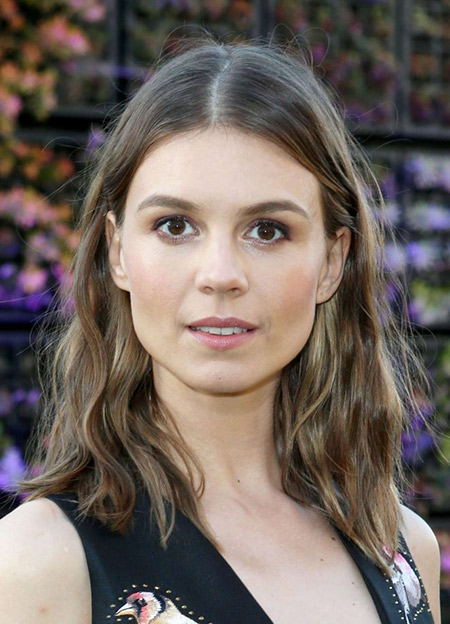 Subsequently, the actress appeared in TV series like The Americans, The Leftovers, as well as Manhunt: Unabomber. She gained massive fame following her role in a 2018 hit TV series Westword along with Evan Rachel Wood, Thandie Newton, Jeffrey Wright, and James Marsden as well.

Most recently, Herbers played in Evil (2019), an American Supernatural series.

Net Worth, House, And Income Sources

Katja Herbers has made a considerable amount of money from her acting stint. Online sources claim that her net worth is estimated to be around $1.5 million, as of December 2019.

The actress has worked for a series of movies and TV shows. Furthermore, she is credited for her performance in numerous plays. But her salary as a part of the film and TV series is still missing.

Katja Herbers is not married yet. The actress has also not introduced to anyone as her boyfriend at present. She has maintained a tight guard over her love life. She has never talked about her dating, boyfriend, and relationship and is allegedly single for now.

Herbers seems more focused on her blooming career. She can speak fluently Dutch, German, and English. She is also close to her family.