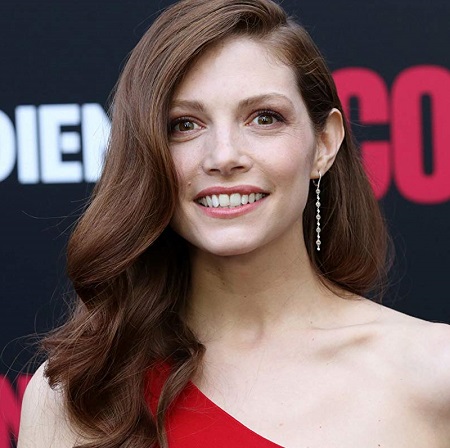 Katherine Cunningham is a rising American actress who started her early acting career on stage, joining her parents and siblings. The 5 feet 7 inches tall made television debut appearing in Detroit-1-8-7.

How Old Is Katherine?

Katherine was born in 1986 in Elk Grove Village, IL, the United States of America. She is 34 years old, as of 2020. She did not reveal the name of her parents and siblings; however, she started an early acting career joining them on stage.

Upon graduation from Illinois State University, Katherine began acting career in theatre. She has worked on productions like Honest, The Taming of the Shrew, and Big Lake Big City.

Katherine made television debut appearing in the series, Detroit 1-8-7. She has appeared on the series like The Mob Doctor, Shameless, The Playboy Club, Underemployed, Chicago Fire, Mind Games, Condor, and Yellowstone alongside Tanaya Beatty, Atticus Todd, John Emmet Tracy, and Tokala Black Elk.

Similarly, she starred on movies like Bad Johnson and Slice.

As of 2020, Katherine Cunningham’s net worth is estimated to be around $500 thousand, which she earned from her acting career.

Is A Married Woman

While talking about Katherine’s current relationship status, she is a married woman. On Instagram’s bio, she has mentioned herself as a wife and mother.

The actress did not reveal the details of her husband, but it seems like the name of her husband is Joshua. She also did not disclose her marriage details. They now enjoy a healthy marital life without any divorce or separation issues.

Together, the pair has two children. Their second child, daughter, was born on 25th November 2019.