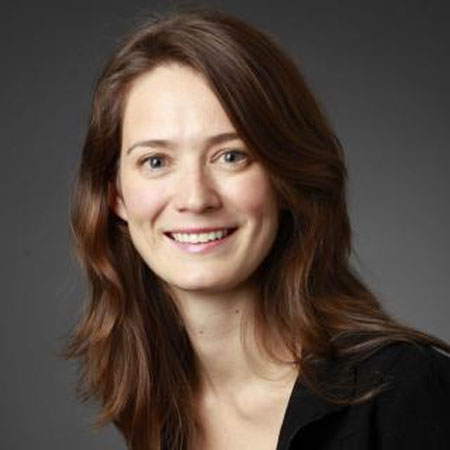 Shaw is married to journalist and author Chris Hayes since 2007. The duo also shares three children together.

Kate Shaw did a successful showing at ART 14, London in 2014 and solo exhibitions at The Cat Street Gallery, Hongkong and Fehily Contemporary, Melbourne. Her work also includes touring to museums throughout Asia as a  part of the Asialink curated exhibition Vertigo including MOCA Taipei and POSCO Seoul.

Kate Shaw was also a research a s sociate on a large project 'Transnational and Temporary: students, community, and place-making in central Melbourne' from 2005 to 2008 with Prof. Ruth Fincher. Shaw has also performed many group exhibitions in Seoul, Tokyo, Beijing, Paris, Reykjavik, Auckland, San Francisco, Los Angeles, and New York.

Kate Shaw's Net Worth And Salary

Kate Shaw shares $5 million net worth with her husband Chris Hayes as of August 2018. She earns a decent amount of money from her career. According to a source, the professor of law school averagely earns $177,185 annually. So, her salary is above than the average as she is an experienced and experts in this field.

Shaw's husband Chris has an estimated net worth of around $5 million, in 2018.

Kate Shaw was awarded a residency in New York, supported by the Australian Council for the Arts at Point B Worklodge and was featured on 17 August 2016, in the ABCTV doc u mentary 'Conquest of Space' and 'Spectrum'  Index Book, Barcelona.  Kate's work has been published by the University of NSW in 'Landscape and its Psyche'.  She has received several grants from Arts Victoria and the Australia Council for the Arts.

Kate Shaw is married to Chris Hayes since 2007. The couple has three children, Ryan Elizabeth Shaw-Hayes and David Emanuel Shaw-Hayes and Anya-Shaw-Hayes. Chris Hayes is an internationally popular journalist and political commentator, who hosts a piece of weekday news and opinion television show named 'All In With Chris Hayes'.

Kate Shaw and Chris Hayes, despite their busy schedule, are happy with their married life as there is no news of divorce or any issues.