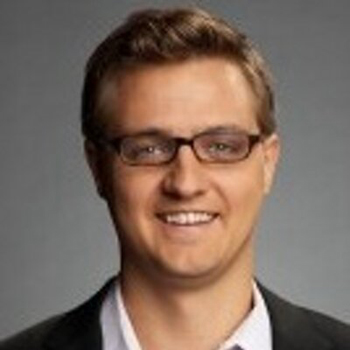 American journalist and political commentator, Chris Hayes is renowned internationally for hosting weekday news, and opinion television show named All In with Chris Hayes. Before this famous stint, he was the host of Up with Chris Hayes.

Hayes has also hosted shows like The Last Word with Lawrence O’Donnell and Rachel Maddow Show. This influential personality, at the age of 32 is the youngest host of any prime-time show on the country’s major news channels.

Hayes was born on February 28, 1979, as Christopher L. Hayes in Bronx, New York, U.S. He is of Irish, American, and Italian ancestry thus his genetically handsome looks. His parents Roger and Geri Hayes who formerly were Jesuit attending seminary and school teachers respectively now work for the NYC Department of Health and Education respectively.

Hayes shifted with his family to New York at a small age and completed his schooling at New York City’s Hunter College High School. He received a Bachelor of Arts degree in philosophy from Brown University. Raised as a Catholic, he then became a part of a student theater group called Production Workshop while in college.

Hayes' entry into journalism was through writing whereby he was a Puffin Foundation Writing Fellow from 2006 to 2007 at The Nation Institute. Also a contributing writer for The Nation, he was named The Nation’s Washington D.C. editor whereby he replaced David Corn.

As far as his print journalism is concerned, Chris Hayes is currently the Senior Editor of In These Times which is a monthly magazine based in Chicago which focuses mainly on labor. For the Chicago Reader, he is a regular contributor whereby he covers national as well as local politics.

From 2008 to 2010, Chris Hayes was the Adjunct Professor of English at the St. Augustine College situated in Chicago and also a fellow at the Bernard L. Schwartz. His writings specifically focus on issues related to the liberal community and the Democratic Party after the 9-11 era as well as the issues covering the labor movement.

Hayes has also guest-hosted The Rachel Maddow Show first in July 2010 and subsequently on occasions when she was absent. Other of his appearances include hosting the MNSBC shows like Countdown with Keith Olbermann, The Ed Show, and The Last Word with Lawrence O’Donnell, etc.

Hayes also worked as a filled-in for Keith Olbermann during his suspension but was subsequently made to stop doing so after it was found that Hayes had made political contributions. MSNBC announced on August 1, 2011, that Hayes would be hosting a two-hour morning show on the weekends which would be named Up with Chris Hayes. The show premiered on September 17, 2011, and dealt with current issues in depth.

Hayes’s controversial Memorial Day comments on May 27, 2012, created a huge media uproar. He stated that the word heroism was uncomfortable to be used on American service members. He later apologized for his comment on his blog.  NBC announced that Hayes would take over the time slot allocated for Ed Schultz in the hope to win a wider audience.

The announcement on March 14, 2013, was followed by his own show All In with Chris Hayes which premiered on April 1, 2013. With this, he became the youngest anchor to be given the time slot of a major prime-time show.

Hayes has portrayed his versatility with his Twilight of the Elites: American After Meritocracy which was his first book, published by the Crown Publishing Group in June 2012. This book, stepped up his bio, was considered to be forcefully written and provocative and also received critical acclaim.

Chris Hayes, age 38, is married and has two children. He married Kate Shaw, an assistant professor of law, working at the Benjamin N. Cardozo School of Law. He and his wife previously resided in Washington D.C and later moved to New York City for the proper access to the production of All In with Chris Hayes.

They have three children together. They welcomed their first child, a daughter, Ryan Elizabeth Shaw-Hayes, in November 2011. Their second child, son David Emanuel Shaw-Hayes was born in March 2014 and the couple gave birth to their third child, second daughter, Anya Shaw-Hayes in January 2018.

Further news about his personal life is that his brother Luke was actively involved in Barack Obama’s 2012 reelection campaign.

Chris Hayes' Net Worth And Salary

This influential personality has a huge fan following and has impressed the audience with his straightforwardness and intellect. His estimated salary is assumed to be around $6 million and his net worth is around $5 million.

He earns a pretty attractive salary for his show on MSNBC. According to paysa.com, an average show host in MSNBC gets around $52,029 salary annually which ranges from $49,245 to $54,644, we believe Hayes also gets a salary of the same range. 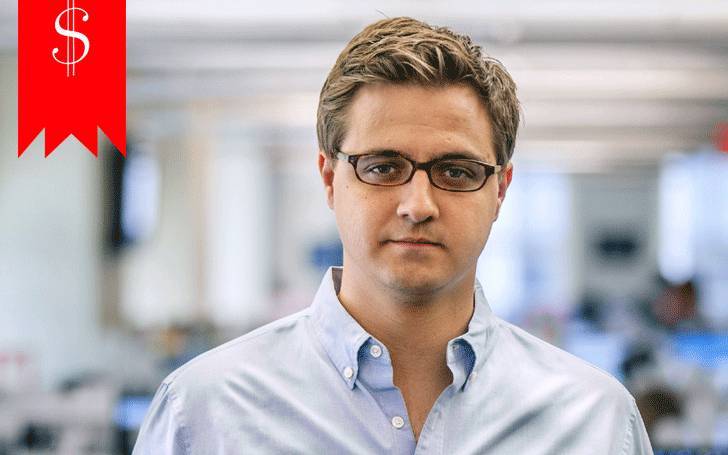 Presenter Chris Hayes earns annual salary of $6 million. What is his net worth?