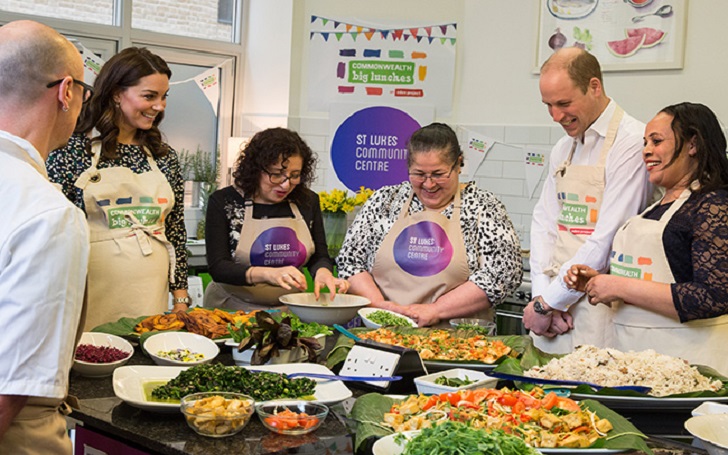 Kate Middleton recently went for an outing in London on Thursday where she opened up about Prince George and princess charlotte’s kitchen love.

In her visit to St. Luke’s community center the pregnant Duchess, Kate Middleton took to the kitchen and helped prepare food for the upcoming Commonwealth Big Lunch. 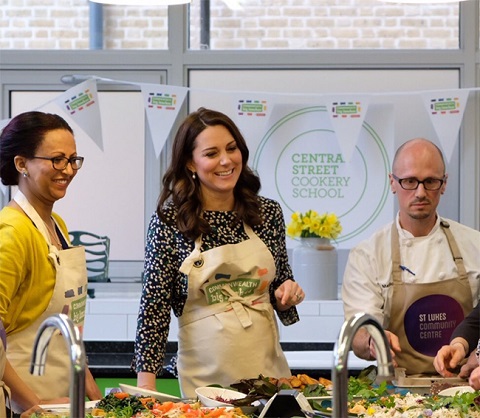 In talks with one of the members, Yolanda from Bolivia, Kate shared how Prince George and princes charlotte love messing their hands up in the kitchen.

"I've done that with George and Charlotte – making pizza dough. They love it because they can get their hands messy."

Furthermore, watching the interpreter translating to the Bolivian member, she continued:

"I was just saying how I really enjoy making pizza dough with George and Charlotte because they like getting their hands messy."

When the interpreter asked the Duchess if she could speak Spanish, Kate responded laughing and said, ‘Sadly, no.’

Earlier Kate revealed that her children’s nanny, Maria Teresa Turrion Borrallo, who is from Palencia has been teaching the young children few Spanish words here and there. Kate further said that four-year-old, Prince George can count up to ten in Spanish whereas Charlotte who has turned three is still struggling with words.

Kate Middleton who visited St. Luke’s community center in Islington along with Prince William met members of the community and worked hand in hand to put the finishing touches on the meals. The couple also watched wheelchair basketball and met some players who are set to compete in the 2022 commonwealth games in Birmingham.