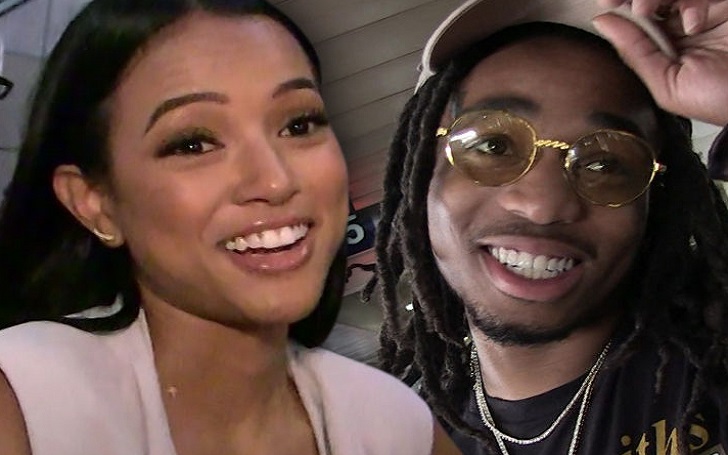 Karrueche Tran who hit headlines several times due to her on and off relationship with ex-boyfriend R&B singer Chris Brown has made it to the news once again. This time not for Chris Brown, but because of rapper Quavo!

American model and actress Tran who gained popularity after her relationship with Brown is rumored to be dating rapper Quavo from Migos. She has a daughter with the singer Brown.What is the truth? Are they dating for real? Let's find out.

The speculation of their dating started since April 2017 after the two were caught leaving a Migos concerts together in the same car where they appeared to be hugging. The Claws actress hasn't commented anything about her presence at the show but the reporters confirmed that she went to cheer her rumored boyfriend. The fuel was added to the rumor after the two appeared together in public again after yet another Migos concert. Tran and Quavo were also pictured together at Story Nightclub during the rapper's performance. Several witnesses snapped Tran supporting Quavo during his performance.

Tran and Brown dated on and off for about five years. They started dating from 2011 and their relationship ended in 2015. They even have a daughter together.

Must read: Karrueche Tran's Net Worth and Relationship History with Chris Brown. Why Has BET Awards Banned Chris Brown?

They got apart after it was disclosed that Brown bore a child named  Royalty with Nia Guzman who is a model on March 2015.

Tran also claimed that Brown harassed her during their relationship and he punched her in the stomach and pushed her down from stairs. She was also given a temporary 100-yard restraining order and later a five-year restraining order against Brown.