American Actress Amanda Seyfried Married Thomas Sadoski in 2017 while pregnant, did she give birth already? 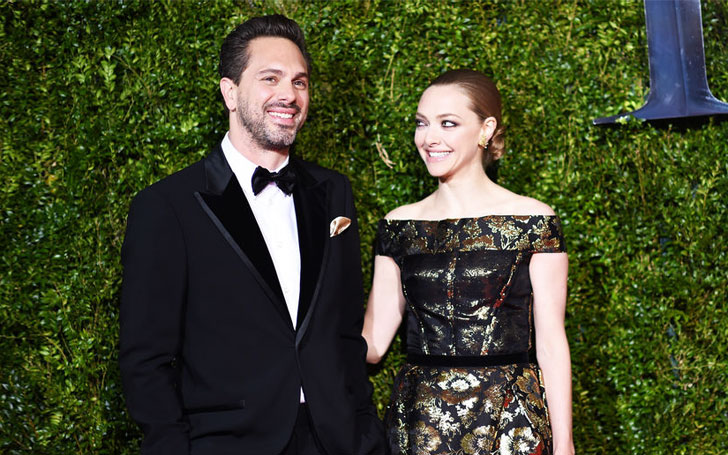 Amanda Seyfried, a popular Hollywood actress, is famous for portraying the role of Sophie Sheridan in 2008 film Mamma Mia! She is now married toThomas Sadoski, her co-actor from The Last World.

The couple got married on 12th March 2017 and by 24th March Amanda and Thomas had become new parents. We have all the exclusive details!

The Mamma Mia star got married to her fiancé Thomas Sadoski on 12 March 2017. The couple married privately and kept their marriage secret for a few days and the couple only engaged for six months.

Amanda’s husband Thomas Sodaski revealed their marriage via The Late Late Show with James Corden on 17th March. During that interview, he told that,

We just took off into the country with an officiant and just the two of us, and we did our thing…We had a great day, It was perfect. ‘It was beautiful. It was everything that it should be. It was just the two of us talking to each other.

The couple announced the pregnancy in November 2016 and they welcomed their first child on March 24, 2017.

Amanda and Thomas started dating in 2016

From 2013 to 2015, Amanda Seyfried dated actor Justin Long. Before that, she was in a relationship with her Mamma Mia! co-star Dominic Cooper from 2008 to 2010. Thomas was previously married to casting director Kimberly Price from 2007- 2015.

Amanda and Thomas met on the sets of Broadway show The Way We Get By in July 2015. But their relationship didn’t turn to romance until they reunited on the seta of their forthcoming drama.

The lovebirds remained tight-lipped about their relationship, but judging from the Ted 2’s star past interviews on romance, the couple planned to keep their wedding simple and private.

I got married so many times in my life—onscreen!, "I don't want a white dress! I've worn so many of them. You know what I mean? The fact is, that kind of stuff is less about the ceremony and more about the commitment. So it's like children. That's where it's at, right? For me. But it's different for everybody.

Later she met Thomas Sadoski and got married. The couple lived six months together before getting engaged in September 2016.

Congratulations to the couple! Now they are parents to a daughter, stay with Article Bio to know when they reveal their baby's name!