Julia Chan AKA Julia Taylor Ross is an English actress and television presenter. She co-hosted the first two seasons of The Great Canadian Baking Show and has been seen in movies like Missed Connections, Ava's Possessions, and A Kid Like Jake; and TV shows like Saving Hope and Katy Keene.

How Old is Julia Chan? What is her Height?

Julia Chan was born on May 9, 1983, to Roy Chan, a Chinese solicitor based in Hong Kong, and Lorna Taylor Ross, a Canadian-born ballerina.

Born and raised in Cheshire, England, Chan attended University College in London, England, and subsequently moved to the US where she was accepted into Harvard University in Cambridge, Ma s sachusetts. She graduated from Harvard with a Bachelor of Arts degree in the History of Art and Architecture. She received her Master in Fine Arts degree in Acting from the School of Drama at The New School in New York City.

Julia Chan began her professional acting career in 2008 and had a couple of roles in short movies. She made her television debut as Emily Starling in the Canadian police drama Rookie Blue. The following year, she made her feature film debut as Sophia in the mystery-horror Silent House starring Elizabeth Olsen. 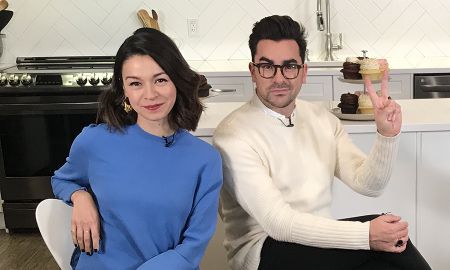 From 2017 to 2019, she co-hosted and narrated the first two seasons of the Canadian cooking competition The Great Canadian Baking Show with Dan Levy.

Was Formerly Married to The Virgins Drummer Erik Ratensperger

Julia Chan is the ex-wife of Erik Ratensperger, the drummer of the now-defunct American rock band, The Virgins. They tied the knot on January 21, 2011, and lived together in Los Angeles, California. 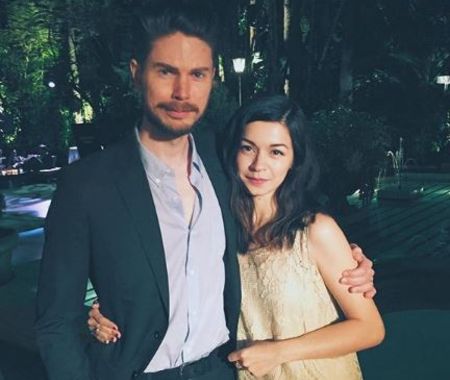 They filed for divorce in 2019 after more than eight years together and their divorce was finalized on April 22, 2019.

According to some online sources. Julia Chan is believed to have a net worth of $1 million in 2020. As an actress, her wealth comes from sources like TV and movie contracts, media appearances, and brand endorsements. The 37-year-old Brit-born is most known as the co-host of  The Great Canadian Baking Show during its first two seasons. She has since featured prominently in movies like Missed Connections, Ava's Possessions, and A Kid Like Jake; and TV shows like Saving Hope and Katy Keene.