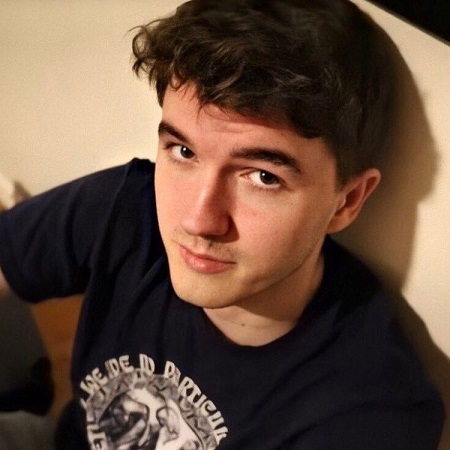 JSChlatt is a rising American YouTuber and Twitch streamer who posts videos of games like Minecraft and Cities Skylines. The gamer is also known for being a member of the now-defunct SMPLive. He started his YouTube career in 2014.

What Is JSChlatt Height? How Old Is He?

JSChlatt was born on 10th September 1999, and is 21 years old, as of 2021. He was born in the United States of America to American parents. Though some sources have claimed to be Johnathan Schlatt as his real name, the social media star himself has not revealed the name yet.

His nationality is American and he belongs to the white ethnicity. As of now, he resides in Montana. He stands at a height of height is 6 feet 3 inches or 190 cm.

Moving towards his academics; once the USA-born mentioned studying computer science and cybersecurity. He also claimed that he had attended Harvard for four years.

How Much Is JSChlatt Net Worth? Income Sources & Merch

JSChlatt is an American YouTuber who started his YouTube career in 2014. His first video uploaded was a good boy eats food back in June 2014. Soon after his first video got viral, his second video, “Elon r u ok,” also went viral.

Besides his YouTube career, he has also been the co-host of the podcast, Sleep Deprived. He is also a popular SMP Live Server streamer who joined the server on 1st March 2019. He made a popular video like A Tribute To Minecraft. The YouTuber is also famous for resembling Logan Mitchell of the series, Big Time Rush.

As of 2021, JSChlatt’s net worth is reported to be around $500,0000. His main source of income is his YouTube channel.  He owns two YouTube channels, jschlatt and jschlattLIVE. 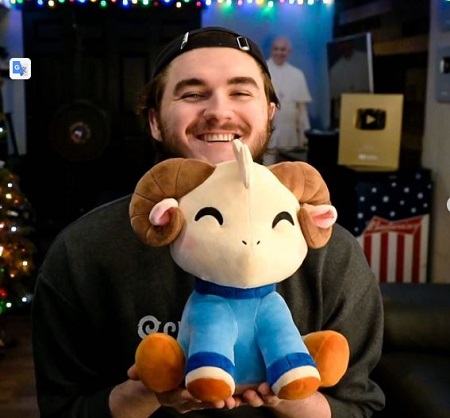 In addition, his other source of earning includes his endorsements, sponsorship, and merch. He also sells "SCHLATT PLUSHIES".

Controversies Over The Years

Along with success and fame, the streamer has also faced quite controversies over the years. Many of them are the cause of impulsive and insensitive tweets.

In 2018, he commented "the face of allah" on the photo of fellow Twitch streamer Scott Fisher. The tweet resurfaced in 2021, and people accused him of being Islamophobia.

Similarly, the YouTuber was accused of being a racist after he uploaded a video with a thumbnail that showed a poorly-drawn face with black paint scribbled all over it and the word "blackface" written above it.

Jschlatt has not addressed any of his controversies yet.

Personal Life: Is JSChlatt Dating Anyone In 2021?

JSChlatt has not revealed anything about his dating life, relationships, and personal life. Moreover, he is also not linked to anyone.

The Gamer often posts videos and pictures relating to his private life where we can see him spending time with his friends and family, however, never hints at his dating life or a possible girlfriend. In 2021, JSChlatt posted a picture with the caption "I  <3 Gay P***)" which raised questions regarding his sexuality, however, nothing has been confirmed or denied yet. 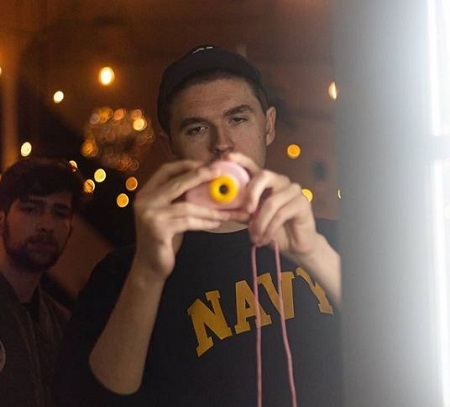 CAPTION: Gamer and YouTuber JSChlatt is single as of May 2021 SOURCE: [email protected]

According to sources, the YouTuber has Parkinson’s disease which is a kind of brain disorder that leads to shaking, stiffness, and difficulty with balance, walking, and coordination.

The 21-year-old is also on the news for his political views. He is a Republican and claims that Barack Obama’s leadership is quite negative. He posts different members of Obama and America’s economic condition during his tenure.