Joy Taylor Married Wealth Manager Richard Giannotti In 2016. Does The Couple Have Kids? Are They Still Together? (Updated) 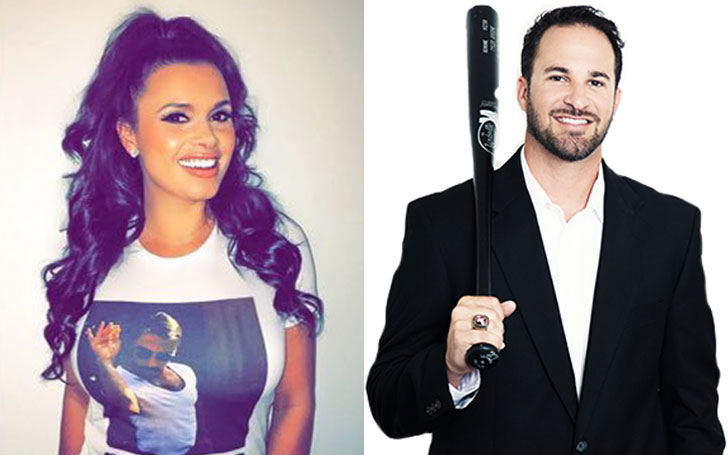 The radio personality and television host for Fox Sports 1, Joy Taylor married her longtime boyfriend Richard Giannotti in 2016 in an intimate ceremony.

Is the couple still together? Do they have a child? We have all the details here.

Jay Taylor and Richard Giannotti got married a day before Valentine's Day in 2016 at Fort Lauderdale, FL. And the few photos of the wedding that came out show how truly beautiful was her wedding.

The pair seemed over the moon to start the new journey together, however, it was only for a very short period of time. The host of Commentators Skip in Fox Sports 1 shocked everyone when she announced the separation from her spouse only after a year in 2017.

The reason was not revealed to the media for obvious reasons and the duo divorced, privately the same year.

Following their divorce, Taylor went on to engage with former NBA point guard and head coach Earl Watson, in Sep 2018. And at the beginning of 2019, the couple bought a newly built home in Encino for $2.75 million.

Born on 9 August 1983 in Fort Lauderdale, Florida, Giannotti currently works as the financial advisor for the Global Wealth management Sports and Entertainment.

He was, however, always keen to be a baseball player. He attended the St. Thomas Aquinas High School where he was in the school high school, and later enrolled at the University of Miami, where he played baseball for all four years.

Sadly, he could make it big in the Major League and eventually transitioned to Financial Advising.

Does Joy Taylor Have Children With Richard Giannotti?

Those of you who follow the former couple on social media might have noticed many baby photos and come to some conclusions of your own.

But the truth is that this couple does not share any kids. The kids you see in Taylor's social media are her nephews, Isaiah Taylor, and Mason Taylor.

Check Out this short video, where, she offers an impassioned opinion on Phil Jackson's 'posse' comments