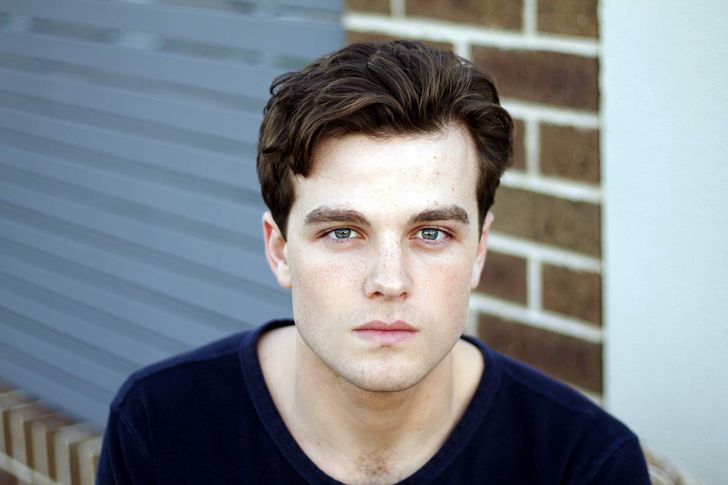 Joshua Orpin, an Australian actor is best known for playing Conner Kent/Superboy in the DC Comic live-action series Titans (2019). Turned professional in 2017 at the age of 23, Orpin rose to fame through the TV film The Blake Mysteries: Ghost Stories (2018) and totals 10 acting credits so far in 2020 as per IMDB.

What Is Joshua Orpin's Age And Height?

Orpin was born on April 15, 1994, in Melbourne, Australia, and holds Australian nationality. The actor has a younger sister named Choe Orpin but is yet to open up about his parents. As of October 2020, Joshua is 26 years old. He stands pretty tall; has a height of 6 feet 1 inch (185 cm).

Professional Career As An Actor

Regarding talks on his academics & early career, Joshua Oprin prefers to remain low-key. Probably, he honed his acting skills with attendance in acting schools before TV debut through short-film Dark Horses (2017) as Groom and as Gus in another short-film You, Me & Karen (2017). In addition to that, in 2017, his feature film debut came with the portrayal of Axel in The Neon Spectrum starring Stephanie Gonelli and Pat Moonie.

Thereafter, Orpin starred as Michael in Getting Ready (2018, short-film) before wide recognition through the role of Constable Peter Crowe in the TV movie The Blake Mysteries: Ghost Stories (2018). The film featured Nadine Garner, Joel Tobeck, Belinda McClory, and Tom Wren; it earned Joshua nominattion for Equity Ensemble Award in 2019.

The Australian-born actor got his career breakthrough as DC Comics' Conner Kent/Super Boy in the Season 2 of Titans (2019) starring Brenton Thwaites, Anna Diop, Teagan Croft, Ryan Potter, and Conor Leslie. There, he has already appeared in 5 episodes & is set to appear in Season 3; the 3rd season of the superhero series postponed due to COVID-19 and will resume by October 2020 with an estimated filming conclusion by June 2021.

His most recent acting credit is the role of Trawler in short-film Mother Dearest  (2020). During an interview with GWW, the actor talked about his popular role in Titans and also his upcoming projects. He stated:

We shoot for nearly 8 months out of the year so Titans is pretty much a full-time job at this point. Nevertheless, I try to stay busy in between seasons, and above all, I love working at home in Australia. Most recently I appeared briefly in a brilliant Aussie series called Upright. It’s authentic, funny, and moving - I definitely recommend checking it out!

Is Joshua Orpin Dating Or Married?

The Titans actor is yet to get married but is in a relationship with longtime girlfriend Asha Khan, a personal trainer. On an Instagram post by Khan in April 2019, she stated about their 5 year anniversary; so the duo is probably dating since early 2014. Their relationship is still going strong; Joshua Orpin posted a video of self with Asha on his Instagram in March 2020.

Through, they are yet to announced their engagement or wedding plans. 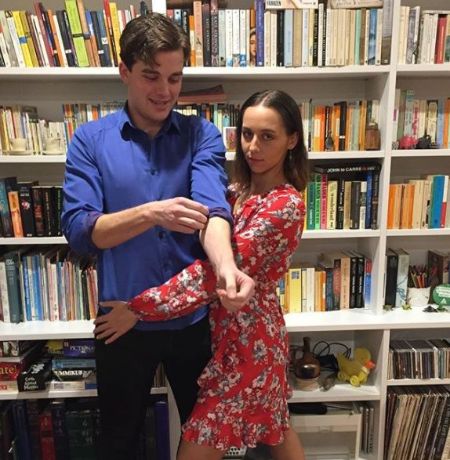 No doubt, Orpin's acting skills & his alluring looks magnified with blazing blue eyes have grabbed him massive followers on Instagram account (@joshua_orpin); has over 139K followers. The actor is not active on Twitter or Facebook.

Joshua Orpin is active in the acting industry since his on-screen debut in 2017 & has already worked in notable TV series Titans, Upright, and Preacher along with TV film The Blake Mysteries: Ghost Stories. In October 2020, the Australian actor has a net worth of $300,000, majorly earned through acting career.

He has associations with RGM Artists, a company that works as an agent & managing partners for artists working on TV, radio, theaters, and social media across Australia and international platforms.