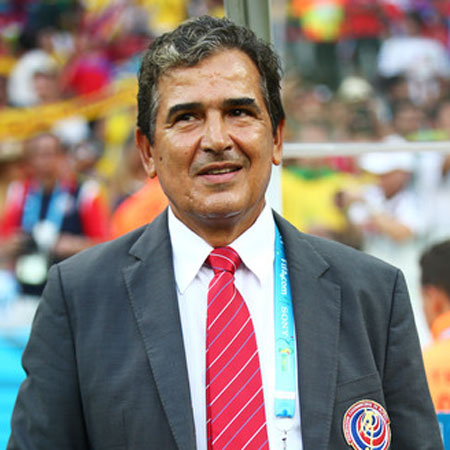 A professional footballer player Jorge Pinto born in 16th of December in the year of 1952. His full name is Jorge Luis Pinto Afanador. He is a Coach to Columbian Football and his current team is Costa Rica National football team. He is currently 64 years old. He is well known for his coaching ability. The experienced coach Pinto is a admirer of Jose Mourinho and he is trying to prepare his team as per Mouinho methodology. He is carrying his team for the first time in World cup and his team is in group D with top teams.

He attempted coaching at Costarica for a year from 2004 to 2005 .But he failed to make some progressive changes and then he returned to Columbia where he could coach a recently promoted team .He successfully led them to victory over their first Championship ever. Later he was honored with the opportunity to coach the national team of the Columbia. He was criticized a lot by pubic because of his team performance in 2010 World Cup Qualifying Match .The team performed a very poor game while they played against Uruguay and Chile. But later he took the Team to the best possible level in Fifa World Cup Qualified as he managed to collect 10 points out of possible 16 points .But unfortunately the team ended up in 7th position and couldn’t get selected to the Fifa World cup. Later when he joined the Costarica he made a smart start over and he took Costa Rica to the 2014Fifa World Cup in Brazil.

The coach who led the Costarica to 2014 World Cup is one of the popular people in Costarica He is married person but basically the media has not exposed his personal life much. He is one of the persons who does like to keep personal life out from media  As he is a football coach most of the time he is seen in the ground with his boys giving them suggestions and all. His height is basically 1.65 m and his weight is 71 kg. To date he has already managed almost 20 teams

He is one of the popular coach and as well as one of the most criticized coach in the history of Columbia. He gave Columbian team a good start to the quality and he was appreciated but later when in 2010 his team happen to give worst performance and he was criticized a lot .But despite he has give the Columbian team a great standard. Not just Columbia even Costarica is going give him a huge respect as he is the coach who led the Columbia to the Fifa World Cup 2014 that is going to start in few days from now. And basically everyone from Columbia is expecting to see how good the players would come up with .The performance of the team in the upcoming world cup is going to shape his future .