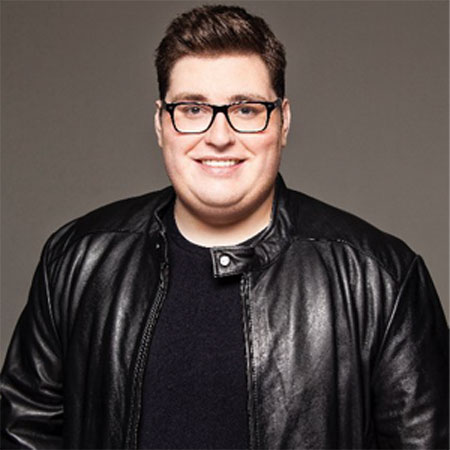 American singer and musician, Jordan Smith is the winner of the popular reality series The Voice Season 9. He also became the Best-selling artist in the history of the series, The Voice. In 2013, he performed at the second inauguration of President Barack Obama. He began singing in the choir at the church from his early childhood days.

Born on November 4, 1993, in Whitely County, Kentucky, US, Jordan Smith is the son of Geri Smith and Kelley Smith. He was raised by his parents in the congregation of House of Mercy in the town of Williams Creek, Kentucky.

Smith has done his schooling at Harlan County High School. At the age of 19, he won the Poke Sallet Idol competition at the annual Poke Sallet Festival. He attended the Lee University in Cleveland, Tennessee.

At that time, Smith was the part of the University’s Lee Singers. Regarding his nationality, he is American and is of White-American ethnicity.

Jordan Smith started singing in the choir at the church from his childhood days. He began making his name in the music industry when he was not even a teenager. He gained tremendous popularity after competing for NBC’s popular reality show, The Voice Season 9.

Smith performed ‘Chandelier’ in an audition round. He received thunderous applause and positives reviews from the judges for his performance. He started ‘Great Is Thy Faithfulness’ singing a cappella for the second week of the live shows. The performance made him the first artist to reach No.1 in sales in the iTunes Store.

His Christian hymn, ‘Great Is Thy Faithfulness’ placed at No. 1 on the Christian Songs chart and was at No. 30 on the Billboard Hot 100. He was mentored by coach Adam Levine during that time.

Smith chose ‘Mary, Did You Know?’ for the final competition in the show. The song also became his second consecutive performance to reach the top in the iTunes Store.

Smith also collaborated with popular artists such as Usher and David Guetta. He eventually became the winner of The Voice Season 9. He received $100K as a prize money and a Republic Records recording contract. He also became the highest selling artist in the history of The Voice, in December 2015.

Smith performed ‘You Are So Beautiful’ alongside David Foster at the 42nd People’s Choice Awards, on January 6, 2016. On March 18, 2016, he debuted his album ‘Something Beautiful.’ The album ranked No. 2 in sales in the iTunes Store.

Jordan Smith is a married man. Smith has been married to his longtime girlfriend Kristen Denney on June 25, 2016. Their wedding ceremony in Middleborough, Kentucky, which attended by family and close friends.

The 22-year old singer announced their marriage via social media with a fascinating picture together, posting,

"RINGING in the new year with my future wife. She said YES! #Mr&MrsSmith."

Smith and his wife, Kristen first met in 2012. They decided to tie the knot, after dating for almost four years. He proposed his girlfriend, Kristen on the occasion of New Year at Boston Public Garden and finally got married.

Following their marriage, the beautiful couple talked with the PEOPLE magazine and said,

“We’re beyond excited to announce that we are officially Mr. and Mrs. Smith! The journey so far has been amazing, and we can’t wait to continue on this path as a married couple. Our wedding has reminded us that we are just two best friends who realized we’re both the same kind of crazy and fell in love.”

Jordan Smith earned popularity after winning a ninth season of The Voice in 2015. At that time, he also received $100K and a Republic Records recording contract. He released his debut album ‘Something Beautiful,’ on March 18, 2016, as per the contract.

The album debuted at No. 2 in sales in the iTunes Store and has sold 73K copies throughout the US as of August 2016.