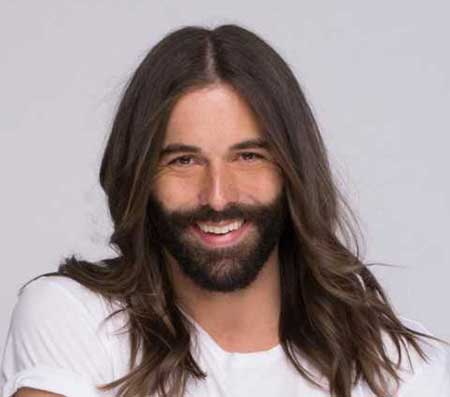 The American TV personality, producer, hairdresser as well as a podcaster, Jonathan Van Nessis is famous for appearing on the parody Gay of Thrones(web series). Besides that, van Ness is also known for his work in Queer Eyes.

Jonathan Van Ness was born under the birth sign Aries on March 28, 1987, in Quincy, Illinois, United States. His parents were involved in the local news industry.

Thanks so much Mom raising an LGBTQ child in small town America wasn’t easy but you always loved me fearlessly. If this is a tough day for you anyone reading this, know this is a day for celebrating nurturing & maternal energy. Not all moms have to be biological moms, there is something everyone can celebrate within themselves today & everyday. Also, I finally once and for all forgive you for selling my Berenstain Bear collection in a garage sale to that Amish family when I was 10

Regarding his education, he has completed his high school level from Quincy Senior High School. He was frequently bullied due to his sexuality in high school.

After the completion of the hairstyling course, he worked in Arizona as a hairstylist where he worked for more than five years. In 2009, he moved to LA where he got the opportunity to work as a personal assistant at Sally Hershberger Salon.

Later on, he collaborated with Monique Northrop with whom he started MoJoHair and at Stile Salon which is located in Los Angeles.

He is not only a hairstylist but also famous as the TV star as well as a producer. He is most well known for his appearance in the web series Gay of Thrones. He is also the producer of the series. The show started in 2013 and has also received an Emmy nomination. In 2015, he became the host of the podcast, Getting Curious. 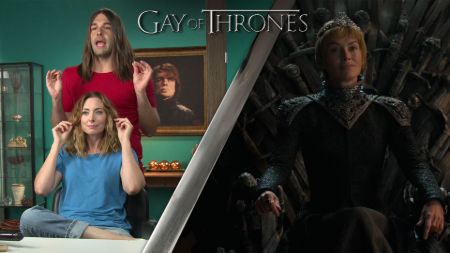 Jonathan Van Ness has collected the net worth of around $2 million from his acting and producing career as well as from hairdressing career.

The 32 years old actor and producer, Jonathan Van Ness came out as gay (a member of LGBTQ). Since his teenage days, he was rumored to be gay, but he never admitted it. People's speculation became a reality after his appearance in the web series Gay Of Thrones.

Well, he is a secretive person when it comes to sharing his personal details. To this date, he has not spilled the beans on his relationship status.