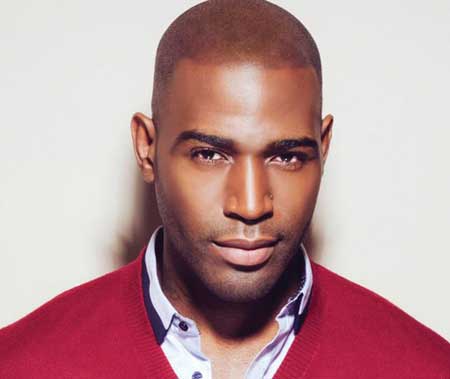 The American TV host, producer as well as a producer, Karamo Brown is very famous for appearing in a web series Queer Eye. He is also known for his first MTV show, The Real World: Philadelphia as it was the first moment of gay African-American to appear in a reality show.

Karamo Brown was born in Houston, Texas on November 2, 1980, to Jamaican parents. He has American nationality while his ethnicity is mixed (African-Jamaican).

Today is my birthday! From 8 to 38 - I’ve come a long way and I still got so much further to go! #ThankfulForTheLessons

Karamo Brown made his acting debut in 2001, appearing in the movie The Princess Diaries as a school drummer. After that, he appeared in a short movie, Lean and movie, Visible: The LGBTQ Caribbean Diaspora as himself.

He has also worked in the several TV series such as The Real World: Philadelphia, The DL Chronicles, Where the Bears Are!, and The Real Princess Diaries: From Diana to Meghan.

He is very famous for his appearance in the 2018 web series, Queer Eye. His latest appearances were in the show Nailed It! and Lip Sync Battle.

Just after graduation in 2002, he started working as a social worker and served for more than a decade.

In 2015, Brown co-founded a website 6in10.org which provides HIV education and mental health support to the black LGBT community. Currently, he is a member of the international LGBTQ organization, Outright International.

Karamo Brown has a net worth of around $3 million which he has collected from his multi-dimensioned career. His acting career is the primary source of his income.

His movie The Princess Diaries collected $165.3 million in box office where he appeared alongside Anne Hathaway, Julie Andrews, Mandy Moore, and many others. So, we believe, his work in the movie paid him an attractive salary.

The 38 years old actor Karamo Brown is currently in a relationship with Ian Jordan, a director. The pair started dating in 2010 and got engaged on May 9, 2018. They celebrated their engagement on Ian’s birthday at Hyde Sunset. 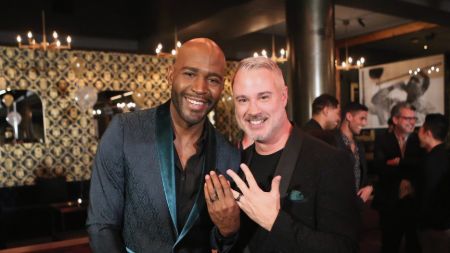 It has already been nine years since they started their courtship and still, their relationship is going very smoothly like new lovebirds.

At the age of 15, Karamo Brown dated his high school mate and impregnated her, but she never told him. Several years later in 2007, he came to know he has a 10-year-old son whose name is Jason after he was asked for child support.

Later in 2010, he also adopted his son's half brother, Chris.