Jonathan Majors is an American actor most known for playing Montgomery "Mont" Allen in the 2019 drama film The Last Black Man in San Francisco and Atticus Freeman in the HBO horror-drama series Lovecraft Country. He has been confirmed to play the supervillain Kang the Conqueror in the upcoming superhero film Ant-Man 3.

What is Jonathan Majors' Age? What is his Height?

Jonathan Majors was born Jonathan Michael Majors on September 7, 1989, the middle child of three, to a pastor mother and an Air Force officer father. He grew up at the Vandenberg military base in Lompoc, California, where his father was stationed but they moved to Texas when his father left his family. The family subsequently lived in various parts of Texas before settling in Cedar Hills.

At the time of this writing, Jonathan is 31 years old and stands at 6 feet (1.83 meters). He struggled with the law during his teen years before finding his calling in drama and enrolling at the University of North Carolina School of the Arts and later, the Yale School of Drama -- where he earned his Master in Fine Arts degree in 2016.

Jonathan Majors made his on-screen debut in 2011 in the comedy film Do Not Disturb but only landed his first prominent role four years later when he was cast as the younger version of gay activist Ken Jones in the ABC docudrama miniseries When We Rise.

Later that year, he starred as Corporal Henry Woodson in the 2017 revisionist Western drama Hostiles alongside Christian Bale and Rosamund Pike.

He had a breakout performance in the 2019 indie drama The Last Black Man in San Francisco as Montgomery "Mont" Allen. He had a string of acclaimed performances in movies like White Boy Rick, Out of Blue, Captive State, Gully, Jungleland, and Da 5 Bloods. 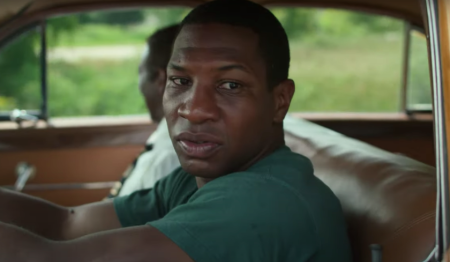 In September 2020, it was confirmed that Jonathan would play the main antagonist Kang the Conqueror in the upcoming third installment in the Ant-Man film series, the working title of which is Ant-Man 3.

Jonathan Majors is estimated to have a net worth of around $1 million at the time of this writing. His net worth comes from his eminent screen career as an actor. 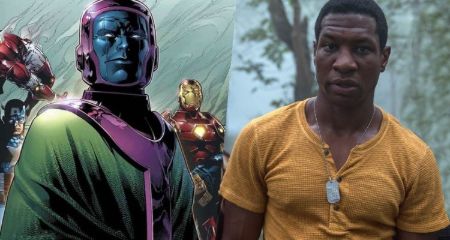 Jonathan Majors will star as Kang the Conqueror in Ant-Man 3 SOURCE: The Playlist

The 31-year-old is most known for his breakthrough performance as Montgomery "Mont" Allen in the 2019 drama film The Last Black Man in San Francisco and is a series regular on the HBO horror-drama series Lovecraft Country. He is slated to portray the supervillain Kang the Conqueror in the upcoming superhero film Ant-Man 3.