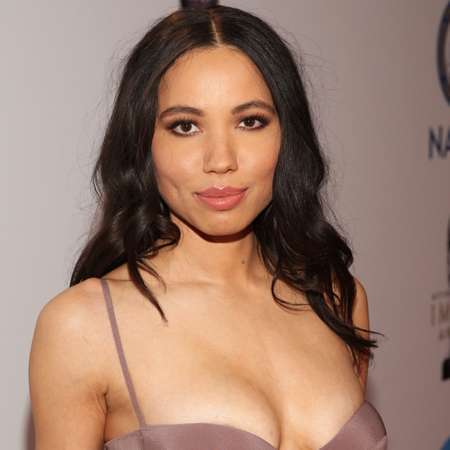 Jurnee was born as Jurnee Diana Smollett-Bell on October 1, 1986 in United States of America to Joel Smollett and Janet Smollett. She spent most of her childhood days with her siblings named Jussie Smollett, Jazz Smollett, Jake Smollett, Jocqui Smollett and Jojo Smollett. Her brother, Jussie is an American actor, singer and photographer. Her brother Jake is an American actor as well. Her other brother, Jojo is also an actor who has been seen on City of Hope. Jurnee is of American nationality and black ethnicity.

She began her film debut in 1991’s short movie, Sunday in Paris. She has since been seen in movies like Jack, Eve’s Bayou, Beautiful Joe, Roll Bounce, Gridiron Gang, The Great Debaters, and Temptation: Confessions of a Marriage Counselor and most recently Hands of Stone. She has been noted for her roles in TV series like 13 episodes of Full House, 20 episodes of On Our Own, 8 episodes of Cosby, 4th episode of Wanda at large, 25 episodes of Friday Night Lights, 18 episodes of The Defenders, 17 episodes of True Blood and more. She is cast as the main role in Underground. She has won a Critics Choice Award, San Diego Film Critics Society, and NAACP Image Awards. She has been nominated for 2 Young Artist Awards and a Teen choice award and an additional NAACP Image Award as well.

Jurnee does not have a long dating history. She is reluctant on speaking about her personal life in front of the media. Jurnee is known best for her exceptional looks has men and women drooling over her. She seems to be drawing men towards her through her acting skills. Jurnee began dating musician Joshiah Bell. After a few years living together they decided to get married on 24th October 2010. They are one of the most adorable couple in the acting industry. They have been loyal to each other for long. There have been no rumors of dispute, separation, extra marital affair or divorce. They do not have any children but intend to have some in the years to come. She is living happily with her husband and they are doing well in their own fields of work.

Jurnee stands tall at the height of 5 feet 6 inches. Her current age is 29. Her weight and body measurements are unknown. She has a well-defined face and perfect figure. Jurnee has an exceptional acting skill which has garnered her many fans. Her net worth is estimated to be a total of $ 2 million which shows that she is earning a huge salary from her acting career. The bio of the very beautiful and talented, Jurnee Smollett Bell can be found on various social media site like IMDb, Wikipedia, Twitter and more.