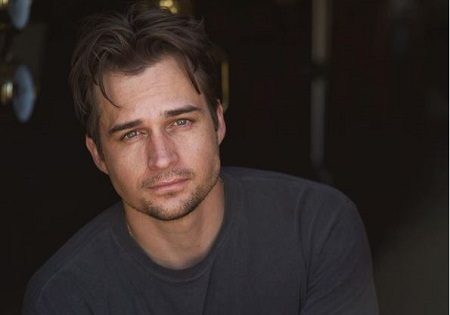 Jon-Michael Ecker is a Brazilian-American actor most known as Ari Morales in Poland!, Nicolás "Nico" de la Vega in Gossip Girl: Acapulco, The Lion in Narcos, and El Güero in Queen of the South. Among people, he is also known as the son of popular actor Guy Ecker.

His biological mother's identity has not been revealed, however, he has a stepmom named, Estela Sainz (a Mexican-American actress). His dad was also married to Nia Peeples from 1984 to 1986. He also has three half-siblings.

Ecker pursued Aquatic Biology and holds a degree from the University of California, Santa Barbara, but ultimately found his calling in acting and moved to Mexico City.

There, he began appearing in Spanish-language telenovelas before moving back to the US in 2014.

Jon-Michael Ecker is the son of Brazilian-American telenovela actor Guy Frederick Ecker, of La Mentira, Salomé, and Heridas de Amor fame. He is the only to be born of Guy and his relationship with an unnamed American woman. 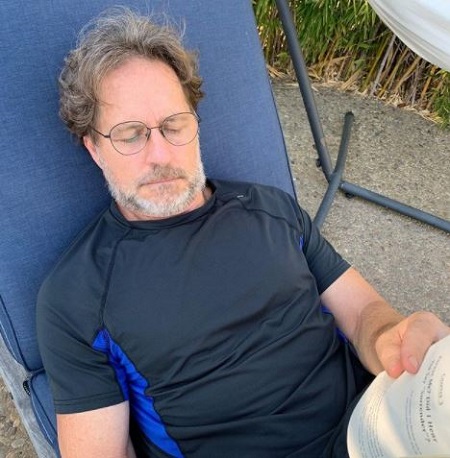 Upon his move to Mexico City, Jon-Michael Ecker began appearing on Latin telenovelas like Niña de mi corazón, El Equipo, and The Power of Destiny.

He landed his first main role as Ari Morales in the telenovela Popland! and subsequently starred as Pablo Peralta in Fearless Heart and Nicolás 'Nico' de la Vega in Gossip Girl: Acapulco. After returning to the US, Ecker began appearing in English-language TV shows like Netflix's Narcos and TNT's Major Crimes.

From 2016 to 2019, Ecker played Raymundo "Güero" Davila in the USA Network crime-drama series Queen of the South, adapted from the Spanish-language telenovela La Reina del Sur.

A recurring character in the first season, Jon-Michael was part of the main cast of the second and third seasons and only guest-appearing in the fourth season. 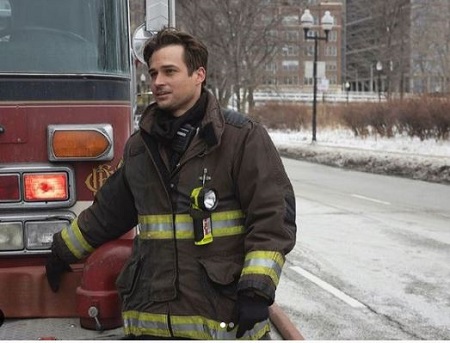 Most recently, was seen as Max in the Netflix drama series Firefly Lane starring Katherine Heigl, Sarah Chalke, and Ben Lawson, among others, and as Lieutenant Greg Grainger on NBC's Chicago Fire.

Currently, Ecker has completed the shooting of his upcoming movie Listless. He would play the role of Pau alongside Sohm Kapila, Taylor Bracken, and Brad Burkhard in the short film, directed by Noam Tomaschoff and written by Chelsea Frei.

His other movie titled Benny's Lament (or the Man in Apartment 2C) where he would be appearing as Benny Harlowe is also yet to be released.

Who Is Jon-Michael Ecker Dating?

In late 2020, it was reported that Jon-Michael Ecker had been dating model Laura James. His current girlfriend is the daughter of John James (actor-producer) and Denise Coward (actress). 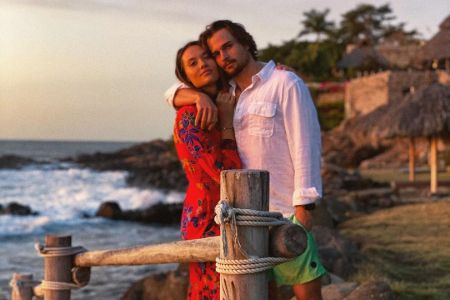 Both star kids' relationship is going well and stronger as they often upload their lovey-dovey, cute, and adorable pictures on each other's social media.

Before dating James, Ecker was a married man. He exchanged wedding vows with Barbara Mori. His ex-wife actress, model, producer, and writer. As per reports, the former couple started their relationship in 2012. Eventually, the duo married in 2014 but it is not known when the pair separated.

According to the sources, Jon-Michael Ecker is believed to have a net worth of around $2 million as of March 2022. As per IMDb, the millionaire has so far appeared in 18 movies and television shows.

Since he is the popular face in both countries, he earns more than the average figure. Besides that, he earns through his social media. The retired marine biologist who is currently an actor is active on Instagram with 225k followers and on Facebook with 25k followers as of March 2022.