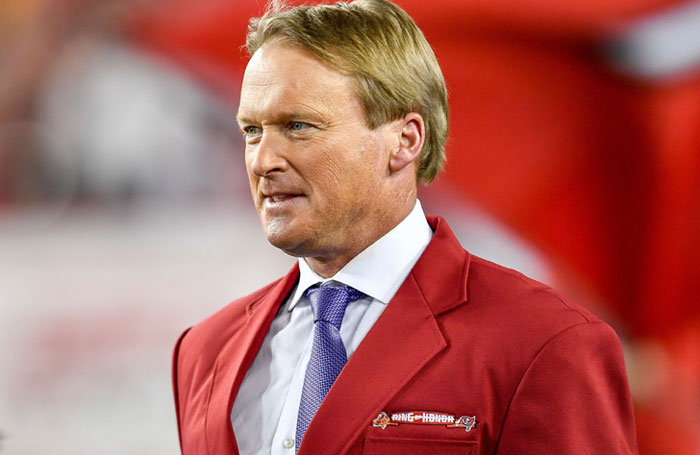 Coch Jon Gruden has returned to the NFL after nine-year-long hibernation, and his head-coaching reboot has begun as every new hire desires.

Coach Jon Gruden signed a 10-year-contract with the Oakland Raiders for $100 million, and the Raiders held a press conference on Tuesday introducing him as their new head coach. Gruden has won everyone's heart in the introductory news conference. Appearing in a sharp gray suit, Gruden unveiled a pitch that he has been crafting for about a decade and said he has been eagerly waiting for the session in Raiders pitch.

Once a Raider, always a Raider. Never been more appropriate than today.

This is the second time Gruden taking the head coach position in the Raiders. Gruden first joined the team as the head coach 20 years back in 1998. After Davis introduced Gruden to the conference, Gruden said,

Obviously, this is very emotional for me. I never wanted to leave the Raiders. I never thought I’d be back. But here I am and I’m ready to get to work. I love football, I love the players that play it and I love the journey.

Gruden appears quite happy to have landed in the team after years and the Raiders also were happy to welcome him as a new coach who will replace Jack Del Rio as the head man in charge.