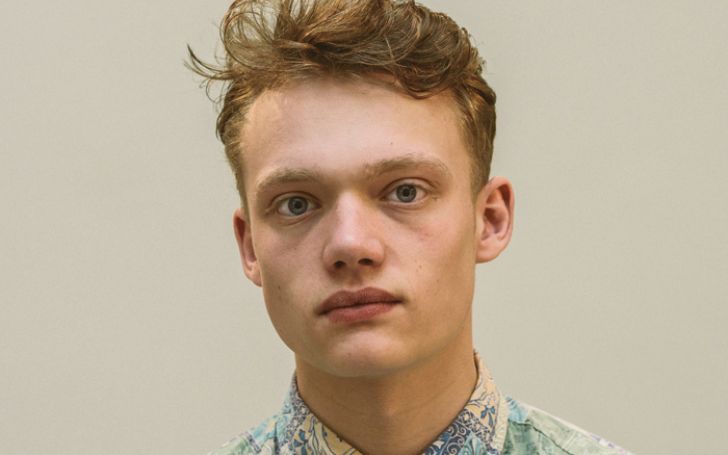 Jojo Macari is an English actor who is very famous for his appearance in the television series Harlots as  Prince Henry and in the comedy series Sex Education as Kyle. As of now, she has grabbed her attention for her appearance in the  British crime drama series The Irregulars as Billy on Netflix.

Jojo Macari was born under the birth sign Capricorn on December 30, 1996, in London, England. He is of British nationality while her ethnicity is missing. Her father was the owner of the guitar shop in London.

However, the information related to his parents, siblings, and education is missing.

How Much Is Jojo Macari's Net Worth?

He made his acting debut in 2018 from his appearance in the TV Mini-Series, Hard Sun as Daniel Renko. the other cast of the show includes Agyness Deyn, Jim Sturgess, Derek Riddell, among others.

After this, he was seen in series such as Endeavour, London Kills, Harlots, Sex Education, Misbehaviour, Cursed.

Her career got a huge notable after she was cast in the TV series, The Irregulars as Billy alongside Harrison Osterfield, Thaddea Graham, Darci Shaw among others.

The 24-years-old, Jojo Macari is a very secretive nature person when it comes to sharing about her personal life.  Whether he is dating someone or not is a big question mark to all of his fans and followers. Also, there is no history about her affairs and so on.

He is active on an Instagram platform where he has more than 38.4k followers.