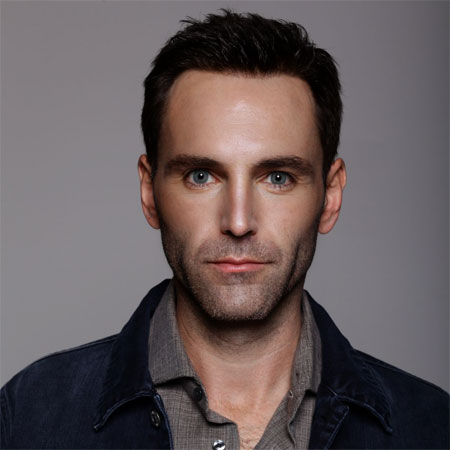 Johnny McDaid is a Northern Irish singer, songwriter, musician as well as a record producer. He is known for his work with the Scottish & Northern Irish band Vega4 and Snow Patrol. He also collaborated with artists such as Harry Styles, Ingrid Michaelson, and Rosi Golan.

On 26 June 2014, McDaid engaged with his girlfriend, Courteney Cox, a former Friends actress.

Johnny McDaid was born as John McDaid on 24th July 1976, in Derry, Northern Ireland, UK. He belongs to Caucasian ethnicity/race and is of British and Irish nationality.

McDaid is one of six children born to Pauline McDaid and John McDaid, Sr who died in 2011. He went to St Brigid's Primary School in Carnhill. Later, he joined the St Columb's College.

McDaid was active in bands since the age of 11. He moved to London when he was seventeen, committing to a life of playing music rather than attending college.

Johnny McDaid started his professional career as a songwriter and singer with the band named Vega4. During the time, he was the band’s lead vocalist and songwriter.

McDaid became famous for the band’s second album, You and Others. Their first single “Life Is Beautiful” remained in US Top 40 radio charts constantly for 12 weeks with its release in 2007.

Later in 2009, McDaid joined another band named Snow Patrol, where he performed the role of a guitarist and sung back up vocals. He was developing his unique style of writing and working with artists in a variety of genres.

McDaid's songs have been featured on various TV shows, including, One Tree Hill, Pushing Daisies, The Hills, Defying Gravity. The song has been used for several HBO network season campaigns and among others.

In 2012, McDaid debuted with the single ‘Say Nothing’ which became a huge hit and ranked second on the UK official charts. He also has a studio, Fieldwork Music, in North London where he writes, produces and mixes with and for various artists and songwriters.

McDaid wrote and produced tracks for Harry Styles, Rosi Golan, Ingrid Michelson, Example, Birdy, and Kodaline. He has also written and produced the title track for the movie, House of Fools.

In January 2013, McDaid and Gary Lightbody together performed at the "Sons & Daughters" concert in Derry, his hometown, to mark the opening of the city's UK City of Culture year.

In early 2013, McDaid moved to the Nashville, Tennessee with Ed Sheeran to work with him on his second album, ‘X.’ They are close friends and later moved to Los Angeles to continue working on Sheeran's soph 0re record.

McDaid co-wrote the song "Photograph" along with Ed Sheeran, which went on to go platinum and win a BMI Pop Award, and also hit song "Bloodstream." The song was nominated for Best Song Musically and Lyrically at the 2016 Ivor Novello Awards.

Johnny McDaid is unmarried yet and has no children. In 2013, he began dating American television actress, Courteney Cox who is known for her role as Monica Geller in American horror movie, Scream.

The couple was first introduced by mutual friend and began dating. After few months of dating, the duo announced their engagement on 26th June 2014. However, their relationship couldn’t last and separated in 2015. Since then, he has not been in any relationships till now.

According to the records, McDaid is possibly single at present. He is currently focusing on his work. He has a tattoo on his left arm, where he has written, "Nuair is gá dom filleadh abhaile, is tú mo réalt eolais" which means When I need to get home you're my guiding light, an Irish translation of the song, Guiding Light.

The singer has been actively writing and producing music since 1994 and has managed to create a name for himself as a songwriter. He is known to make thousands from his production house contracts and has an annual source of income for his band and tours.

The net worth of McDaid is estimated to be around $5 million. His recent song ‘Shape of You’ was a hit and topped the song charts in US and UK. He also has a studio, Fieldwork Music, in North London, from where he earns some money.