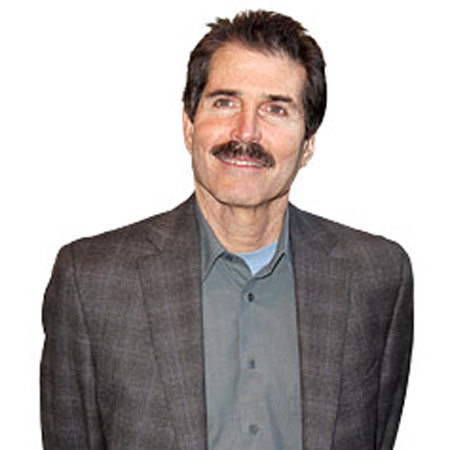 John Stossel, age 72, is a Hollywood consumer television personality, libertarian pundit, and author. He is best known for his role on both ABC News and Fox Business Channel.

John Stossel was born on March 6, 1947, in Chicago, United States. He has one sibling. He was born to Jewish parents who left Germany before Hitler rose to power. He grew up along with his older brother Tom Stossel who is a doctor.

Regarding his ethnicity and nationality, John Stossel is a white American television personality.

He attended New Trier High School and graduated with a B.A. in psychology from Princeton University. Later, he joined the University of Chicago's School of Hospital Management.

After the completion of graduation, John Stossel began his career by joining KGW-TV as a researcher. He got promoted after a few months as the on-air reporter. Later, he was hired by WCBS-TV in New York City by the news director, Ed Joyce. He was disappointed at CBS, thought that the journalism was lower in Portland.

John left his longtime employment at ABC News in October 2009. Later, he joined Fox Business, which was the first broadcast on December 10, 2009. He has also been a nationality syndicated newspaper columnist. He has received ma s sive honors including 19 Emmy Awards as a reporter. He has also been awarded five times for excellence in consumer reporting by the National Press Club.

John has also written several books such as, Give Me a Break: How I Exposed Hucksters, Cheats, and Scam Artist and Became the Scourge of the Liberal Media (2005),; Myths, Lies, and Downright Stupidity: Get Out the Shovel- Why Everything&nbsp; You Know Is Wrong(2007), and They Can&rsquo;t: Why Government Fails(2012).

Has A Net Worth Of $4 Million

John Stossel is a popular Journalist and an author, who has a net worth of $4 million. He earns this ma s sive amount of money with his talent and hard work towards his career, which provided him a lavish lifestyle.

John Stossel is a married man. He lives in New York City, with his wife, Ellen Abrams. The couple is blessed with two children, Lauren Stossel, and Max Stossel. The relationship between husband and wife is going very well. Talking about the past relationship with John, there is no information about his girlfriend and other affairs.

John came to embrace his Jewish heritage after marrying, Ellen Abrams, and their children also raised in that tradition. On December 16, 2010, he identified himself as an agnostic, explaining that he had no belief in God but open to the possibility.

On April 20, 2016, John, told that he had never smoked before, revealed that he is suffering from lung cancer which was caught early and given an excellent prognosis.