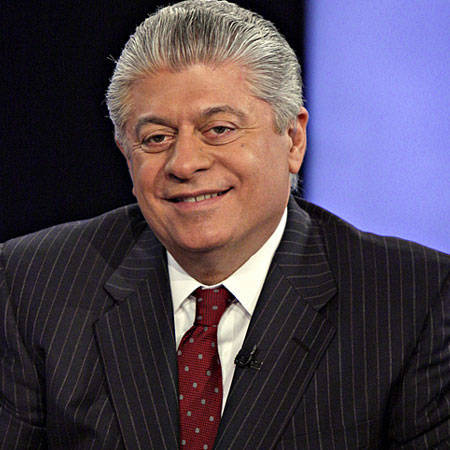 Andrew Napolitano is an American syndicated columnist who has worked for several renowned publications like Fox News, The Washington Times, and Reason, as well.   He also serves as a senior judicial analyst for Fex News. He previously also hosted a talk radio show Brian and the Judge as well as Freedom Watch on Fox Business Channel.

Besides, Napolitano also served as a New Jersey Superior Court judge for 8-year from 1987-1995. He is also an eminent author who has published two New York best-selling books.

Andrew Napolitano was born in Newark in New Jersey of United States of America on 6 June 1950. He belongs to American nationality and regarding his ethnicity, he is a White American. He is a charming person and his intelligence is incomparable. He was raised in Newark along with his family.

Shortly after there, Napoli started working at the  New Jersey bar in 1975. H

Andrew Napolitano was the state's youngest then-sitting Superior Court judge from 1987 to the year 1995 on the New Jersey bench. At that time, he issued a number of notable decisions, as a judge. After resigning his judgeship in the year 1995, he started writing, teaching, as well as making an appearance in the media field.

Besides, Napolitano landed his job as an adjunct professor at Seton Hall University School of Law for 11 years from 1989–2000. He also tutored at Brooklyn Law School.

After working as the presiding judge from (2000–02) for the first season of Twentieth Television's syndicated court show Power of Attorney, Napolitano started a job as a news analyst for the Fox News Channel.

Alongside, Fox News television personality Brian Kilmeade,  Napolitano co-hosted a talk radio show Brian and the Judge on Fox News Radio. He subsequently hosted a libertarian talk show Freedom Watch. The television personality additionally worked on a number of top-rated shows for both Fox News as well as Fox Business Network, including The Kelly File, The O’Reilly Factor, Varney & Co., and The Fox Report.

Napolitano has been working as a judicial analyst for the mighty news channel called Fox News Channel for a long time. Prior to Fox, he has also worked for The Washington Times and Reason in his wonderful career.

Andrew Napolitano has earned a considerable amount of money from his illustrious career. According to Celebrity Net Worth, he has an estimated net worth of around $9 million. And his annual salary is around $3 million.

Andrew Napolitano is also an eminent author who has published seven books and two of them became New York Times bestsellers.

Some of his successful books are listed below

Andrew Napolitano has managed to keep his personal life entirely private as he has never talked regarding his dating, affair, relationship, and girlfriend.

He must be married and might have children as well but as he has not revealed any details on them, nothing can be said with a s surance. He does not look gay but he has never talked about his sexual preference, no a s sumptions cannot be made.

A lot of information on this legendary legal analyst and superior television personality can be grabbed from popular wiki sites such as Wikipedia and IMDb. He is not active on Instagram and this means he is not that fond of uploading his pictures on the site to share them. He has a very impressive 301 thousand followers on Twitter and this proves how popular he has been on the site.