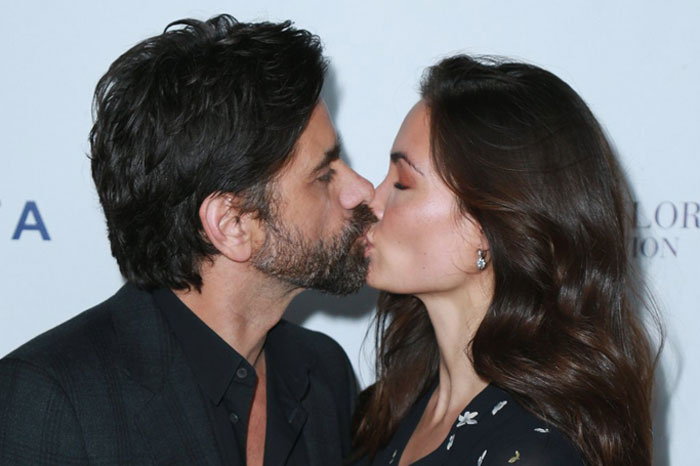 The Fuller House alum John Stamos has said "I do'' to his fiance Caitlin McHugh in the family and friends-attended wedding ceremony in the actor's Beverly Hills home on Saturday, February 3.

The 31-year-old bride McHugh wore a white strapless gown with a full tulle skirt where the groom looked dapper in a black suit with a black bow tie. Following the ceremony, the newlywed couple had a short photo session with family members in the backyard. The couple reportedly suffered a burglary only a day before they exchanged their vows while they stayed at the Beverly Hills Hotel. The Beverly Hills Police Department told, McHugh reported the burglary occurred on Friday evening when no one was in the room.

Police also confirmed the robbers stole several pieces of jewelry which valued approximately $165,000. McHugh told TMZ she found burglars broke into her hotel room and found her jewelry was missing when she returned.

Later in December, the Grandfathered star Stamos confirmed People that they were expecting their first child together. Before, Stamos had talked about starting a family with his love McHugh in an interview with People where he said,

We have the same morals and the same values, that all clicked nicely. So we said, 'Oh, well, maybe we should have a family.

Stamos was in a decade-long married relationship with his first wife and model Rebecca Romijn whom he married in 1994. The couple divorced on March 1, 2005, without having a child together.