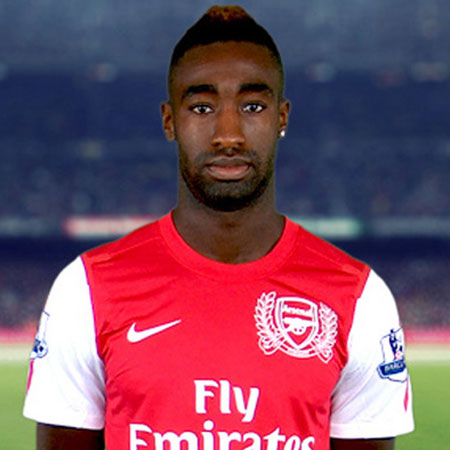 Johan Danon Djourou-Gbadjere, popularly known as Johan Djourou, is a Cote d’Ivoire born and Swiss raised Swiss football player. He was born in the year 1987 January 18 at Abidjan, Cote d’Ivoire. He was born to Ivorian parents named Joachim and Angeline but later was adopted by his father’s first wife Daniele, a Swiss woman when he was 17 months old and moved to Switzerland. He is 27 years old and has the height of 191 cm and cherishes the body weight of 83 kg. He is a married man. Emilie Djourou is the name of his Spouse. This couple has two beautiful Children named Aliany Djourou and Lou Djourou. His younger Sibling Olivier Djourou is also a football player.

Johan is in the Current Team of Hamburger SV as a Defender from squad No.1. He also plays in the Switzerland National Football Team as a Defender. According to the Salary Statistical report of 2012 for this player, his Salary was reported to be 2.6 million pounds. His current market value is 3 million Euros and has the agent named Costa Bonato.

Johan is a talented footballer playing from the main position of defense-Centre Back. But he can also play as a right-back. He has strong right foot. He is skilled in tackling the ball. He has good strength and stamina keeping his pace in the game with durability. He is good at passing and headers. He is composed on ball. He has good positioning in the field. However, his concentration is considered to be his weak point. He needs to improve on his shooting skills. He likes to dribble. He does not dive into tackles and often clears the ball out of defense.

Johan was 13 years old when he attended the Payerne Training Centre to play football. When he was 15 years old, he joined the local second division side called Etoile Carouge in the year 1998. Spending four years in this club, he signed the scholarship forms for the Arsenal Academy and joined it in the year 2002. Johan made his professional debut in 2004 from the same team. He was with Arsenal since then until 2014. He had the struggling seasons within this period due to injuries. He has appeared in 86 matches with a goal score from Arsenal. During his playtime with Arsenal, he witnessed the Runner-up win of Arsenal in UEFA Champions League 2005-2006 and League Cup 2007, 2011. He experienced playing in Birmingham City for the 2007/2008 seasons, Hannover 96 in 2013 and in Hamburger SV in the seaons 2013/2014 as he was loaned to these clubs by Arsenal. After the end of his period with Arsenal, Johan Djourou signed the contract with Hamburger SV.