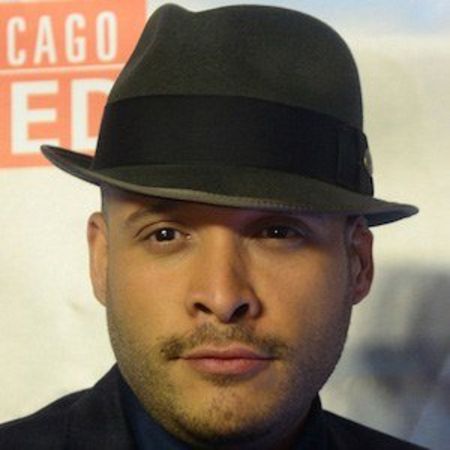 Joe Minoso is an American theater and television actor who is best known for playing the role of Joe Cruz on the NBC hit television series, Chicago Fire. He has been married to Chicago Fire makeup artist Caitlin Murphy Miles since October 2016.

Joe Minoso was born on September 25, 1978, in The Bronx, New York, the United States of America, in a Latino family. He was raised in Yonkers, New York.

As for his educational background, Minoso studied at  Lincoln High School. He then attended Adelphi University from where he graduated with a Bachelor's degree in Fine Arts. He later joined Northern Illinois University where he received a Master's in fine arts.

Joe Minoso started his acting career while he was in Lincoln High School.  He joined the stage crew in the school and then auditioned for a role in the production of Dracula. He worked extensively in the theater.

Later in 2005, he made his television debut with the role of Chaz Fink in an episode "English, Fitz or Percy" of the first season of the Fox television series, Prison Break.

In 2012, Minoso was cast as a series regular "Moco Ruiz" in the NBC drama series, Chicago Fire, and ever since he is appearing on the show alongside Jesse Spencer, Taylor Kinney and Monica Raymund.

Since 2014, he is playing the role of Joe Cruz in another NBC drama series, Chicago PD.

Joe Minoso, being a successful and renowned actor of  NBC drama series Chicago Fire, earns a substantial amount of money from his television career.

According to the Celeb Live Update website, Minoso has an estimated net worth of $250 thousand. As for his salary, the 41-year-old NBC star gets paid around $20 to $30 thousand.

As we mentioned earlier, Joe Minoso has been married to a Chicago Fire makeup artist, Caitlin Murphy Miles.

The pair first met during a school play at Lincoln High School and eventually started dating. After being in a relationship for years, the boyfriend-girlfriend duo decided to get married.

They tied the knot in a lavish wedding ceremony in 2016.