Former child actor and accuser of Asia Argento, Jimmy Bennett has finally opened his mouth on the alleged sexual assault.

The 22-year-old aspiring musician released a statement on Wednesday explaining why he didn't speak about the abuse in previous days.

I did not initially speak out about my story because I chose to handle it in private with the person who wronged me. My trauma resurfaced as she came out as a victim herself. I have not made a public statement in the past days and hours because I was ashamed and afraid to be part of the public narrative.

I was underage when the event took place, and I tried to seek justice in a way that made sense to me at the time because I was not ready to deal with the ramifications of my story becoming public.

Bennett released the statement in the wake of sexual assault allegations that the New York Times surfaced on Sunday. The Times reported Italian actress Argento, 42, and Bennett, 22, who had performed her son in 2004 movie, reached a settlement where the actress paid $380,000 for his emotional and physical trauma. 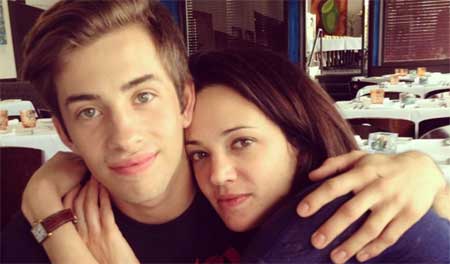 The tabloid reported Bennet accused Argento of performing oral sex on him and engaged him in intercourse in a California hotel in 2013 when he was only 17 and she was 37.

Bennet further told in the statement,

At the time I believed there was still a stigma to being in the situation as a male in our society. I didn’t think that people would understand the event that took place from the eyes of a teenage boy.

On Tuesday, actress Asia Argento released a statement denying the accusations against her. She denied having a sexual relationship with Bennett and said she was "deeply shocked and hurt by having read the news that is absolutely false."

The actress further said Bennett approached her after she accused Harvey Weinstein of sexual assault last fall knowing her late boyfriend Anthony Bourdain was "a man of great perceived wealth." The actress went on saying Bourdain, who was found dead by suicide in June, decided to handle the matter quietly.