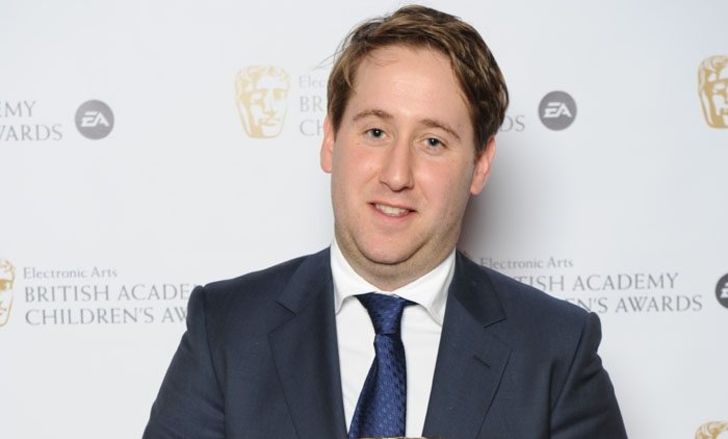 Jim Howick, an English actor professional since 2000, is famous for his roles in the TV series Horrible Histories (2009- 2013) and Yonderland (2013- 2016). Currently, he appears as recurring cast  Colin Hendricks in Sex Education (2019- Present) and as Pat in Ghosts (2019- Present). The Chichester, West Sussex-born actor majorly focuses on TV series & has made appearances in No Heroics, The Armstrong and Miller Show, Peep S The Aliens, Loaded, Scream Street, and Action Team. He played Cpl. Matlin in the 2004 film Hellboy starring Ron Perlman & Selma Blair.

Born on May 14, 1979, in Chichester, Sussex, England, the UK, Jim Howick is an attendant of The Regis School. He enrolled at Mountview Academy of Theatre Arts and graduated in 2000 with First Class Honours. During his early days, Howick reportedly was the drummer of BliSter, a punk band, before pursuing acting.

Career In Acting: Prominence In TV Shows Over Movies

Howick made his acting debut in 1997 in an episode of Armstrong and Miller, at the age of 18. Throughout the late 2000s, Jim worked in Tokyo Jim (short film) & TV series such as Hyperdrive, Rob Newman's History of the World... Backwards, Comedy Showcase, and Mutual Friends.

Jim's major breakthrough to TV career was through Horrible Histories in 2009, where he portrayed various roles & also worked as a presenter. There he worked until 2019 & appeared in 44 episodes alongside Mathew Baynton, Simon Farnaby, and Sarah Hadland. With the other 5 casts of Horrible Histories, he co-created Yonderland (2013- 2016, 25 episodes) where he portrayed various roles. 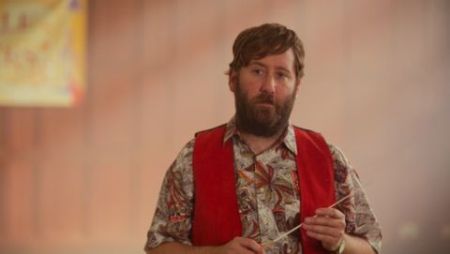 Since 2019, Howick appears as Colin Hendricks, a recurring cast in the comedy-drama TV series 'Sex Education' starring Asa Butterfield, Gillian Anderson & others. In addition to that, Jim works in the TV sitcom Ghosts (2019- Present) as Pat, sharing the screen with Charlotte Ritchie, Kiell Smith-Bynoe, Martha Howe-Douglas, and Laurence Rickard.

Is A Married Man

The Horrible Histories star is happily married & enjoys a blissful relationship with his wife Lauren Denny. The duo exchanged vows in 2012 & is together ever since. Jim's wife works as a costume assistant on the set of TV series & movies. Howick and Denny prefer to keep their personal life low-key as possible & are yet to open up about their courtship.

The couple shares no children & lives in London, the United Kingdom. Jim does not use Instagram but has over 37.7K followers on his Twitter account (@JimHowick) as of September 2020.

According to online sources, Jim Howick has a net worth of $12 million in September 2020. Without a doubt, his major income source is an acting career with nearly 2 decades of experience. The English actor records 45 acting credits & earns a considerable sum through cuts as the co-creator of TV series Yonderland and Ghosts.

In the United Kingdom, an actor earns £35,000 per year on average, before taxes.